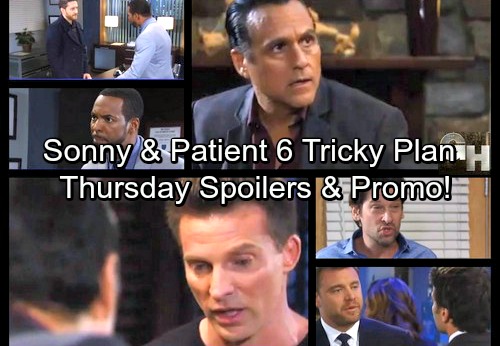 General Hospital (GH) spoilers for Thursday, October 26, tease that Andre (Anthony Montgomery) will grow increasingly concerned about the Patient Six (Steve Burton) situation. He’ll snap at Dr. Klein (Gene Farber) when there are more delays in handling it. Andre will contend that Franco (Roger Howarth) is on the verge of learning the truth about Andrew. He’ll think they need to take action ASAP.

Elsewhere, Franco will make an admission. He’ll tell someone that Drew’s still alive, so maybe he’ll decide to fill Liz (Rebecca Herbst) in after all. Since Franco’s changed his story a couple times, Liz may wonder what’s up. She thought they trusted each other, but this could be a bit of a setback for this couple.

Across town, Michael (Chad Duell) and Nelle (Chloe Lanier) will have another fight. Nelle made some great points during her last confrontation with Michael. There are dark mistakes in his past, so it’s hypocritical to judge Nelle for her own. They patched things up, but now Michael has caught Nelle in yet another lie. She’ll pay the price for that on Thursday’s GH episode.

Michael will call Nelle out for fibbing about how she got the Dear Evan Hansen tickets. He’ll also have a problem with how she goaded Carly (Laura Wright). Nelle implied that Michael was moving in with her when they hadn’t decided anything for sure. Michael will make it clear that Nelle has to stop lying. Their relationship can’t work if it’s built on nothing but deception.

Other General Hospital spoilers state that the launch party will finally get underway. Molly (Haley Pullos) will urge Alexis (Nancy Lee Grahn) to put the drama on hold for the night. She’ll hope that they can just all relax and have fun.

Nearby, Dante (Dominic Zamprogna) will talk to Jason (Billy Miller) about his recent purchase. They’ll discuss the safer path Jason’s headed down and he’ll admit that he’s happy with his choice. GH spoilers say Jason will just want to focus on his family. He’ll insist that Sam (Kelly Monaco) and the kids are what’s most important to him. 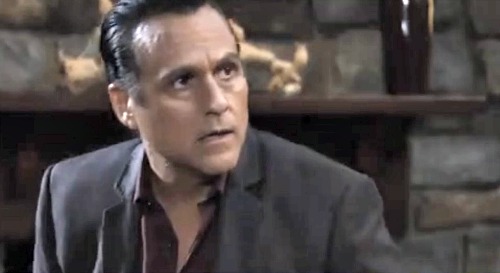 Meanwhile, the other classic Jason will have some questions for Sonny (Maurice Benard). Patient Six (Steve Burton) will get updates on everything that happened with Jake (Hudson West) as well as any other major events he missed. After that, Sonny will help Patient Six plot his next tricky move. Any plans they make could get derailed by Dr. Klein’s goons!

Patient Six’s pal, Ava (Maura West), will also find herself in hot water. Thursday’s episode will bring an intense showdown with Carly. Griffin (Matt Cohen) will step up to defend Ava, but don’t expect Carly to be cordial anytime soon. We’ll keep you posted as other General Hospital news comes in. Stick with the ABC soap and don’t forget to check CDL often for the latest General Hospital spoilers, updates and news.

Thx for the kind words about our scenes today!! Luv being back with @MauriceBenard @GeneralHospital #brothersforlife pic.twitter.com/IZO5rPxaDq