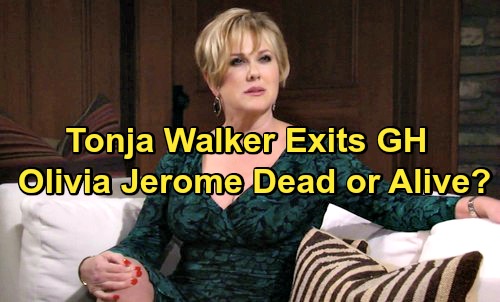 General Hospital (GH) spoilers reveal Tonja Walker, who portrays oldest Jerome Sibling, Olivia “Liv” St. John, or as she is popularly known, Olivia Jerome, announced on social media that she has completed her scenes which will air into mid-March 2017. Although it appears her time is done in Port Charles, Walker admits that she hopes to be back and if viewers loved seeing her back on the ABC soap opera, there is a good chance it will happen.

Currently on GH Jason Morgan (Billy Miller) and Curtis Ashford (Donnell Turner) have discovered that Julian Jerome’s (William deVry) boss is in fact his sister; but as far as they knew Ava (Maura West) was his only living sibling. It will be interesting to see how this all plays out, since it Tonja Walker has made it clear her character, Olivia Jerome, does not die. 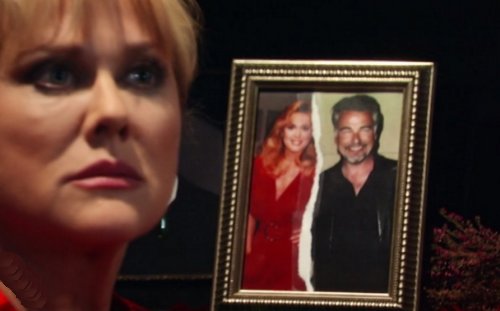 Tonja Walker originated the role of mob princess, Olivia St. John (Jerome) in 1988, where she not only had to fight her brothers, Julian and Dino Antoinelli for the top spot of the Jerome family, but became obsessed with Duke Lavery (Ian Buchanan).

Duke, of course, was madly in love with Anna Devane (Finola Hughes); “there’s nothing worse than a woman scorned” became a reality and Liv caused Anna to miscarry. Later, Liv tried to save Duke from Julian’s execution but Julian “killed’ her before she could warn Duke and Anna. 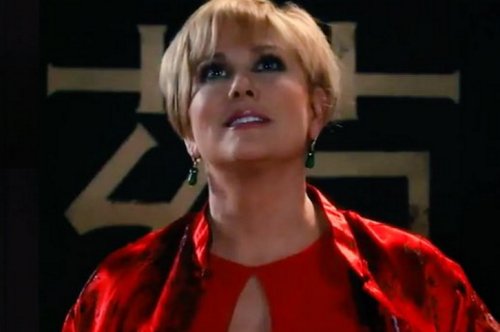 General Hospital has a few storylines tied to Liv, including the car bomb that killed Morgan Corinthos (Bryan Craig); which clearly she orchestrated and made it look like her brother, Julian was to blame for it. GH fans can’t help but wonder how she is going to survive Sonny’s wrath when the truth comes out, but it’s promising to be very interesting to watch.

Would you like to see Tonja Walker return to General Hospital? If so, you can visit Frank Valentini’s social media page and voice your opinion. Positive feedback is a sure way to see the dominant mob princess return to Port Charles.

There will be no mercy when you cross Sonny Corinthos. An explosive week of #GH starts today! @MauriceBenard @WilliamdeVry1 @Tonjawalker pic.twitter.com/fJSEBfMl07