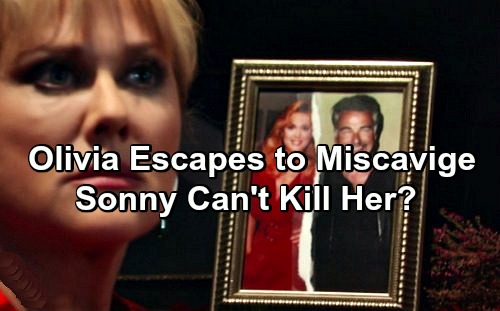 General Hospital (GH) spoilers tease that Olivia Jerome (Tonja Walker) will not pay for her crime of blowing up Morgan Corinthos (Bryan Craig) in the way that Sonny Corinthos (Maurice Benard) wants after he discovers she killed his son.

In a recent interview, Tonja Walker gave some hints about the fate of the Jerome sister villain and whether she will return to GH after this couple of month arc. It’s strange that both Julian Jerome’s (William deVry) sisters had a part in Morgan’s death.

Ava Jerome (Maura West) swapped his meds which had Morgan off the rails enough to steal a car. Unfortunately for Morgan, he stole the car the other sister – Olivia – had rigged a bomb to blow up. Morgan’s fate was sealed by the Jerome ladies. 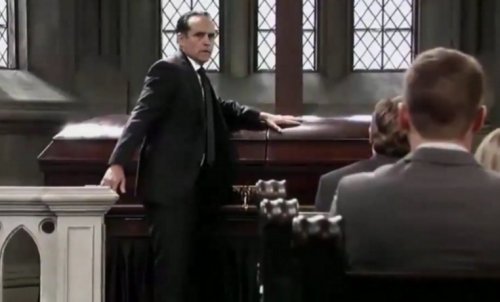 Of course, we all know Morgan isn’t really dead. There was no body to bury, so he’s out there alive and injured somewhere, maybe with amnesia. But that doesn’t matter right now – Sonny is convinced his son is dead and he wants someone to pay.

Sonny has been gunning for Julian but Jason Morgan (Billy Miller) now knows Julian has a boss. It seems that Jason doesn’t believe that Julian was the intended victim of the bomb, but he was. Julian played no part in the bomb that killed Morgan.

When Tonja Walker was cast as Olivia Jerome for a return, she said she was set to be on about 12 episodes but it has turned into more episodes. She also said she talked to Frank Valentini about another return as Olivia in a few months. 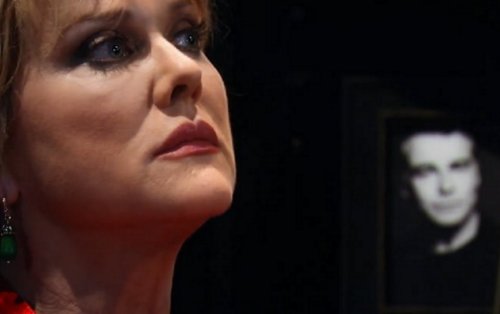 That means Olivia will not die at Sonny’s hands even after he finds out that she blew up his youngest son. How will Olivia escape Sonny’s brutal justice? Tonja gave another hit in the interview. She said that her characters always end up in a mental institution.

She was talking about Olivia back in the late 80s who ended up in a nuthouse because of a head injury that left her crazier than ever. Also, her One Live to Live character Alex Olanov spent time at the Llanview local asylum, the Mountainview Clinic.

Was Tonja reminding us about her characters’ fates as a hint for what will happen now? Carly Corinthos (Laura Wright) has been begging Sonny to lay off the mob violence and won’t like him going to kill Olivia. She told him baby Avery and his other kids need him. 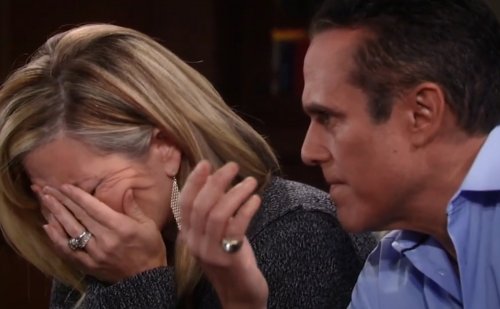 GH spoilers indicate that Sonny breaks his house arrest after he gets a lead on the new mob boss and goes to kill her. He gets sidetracked along the way and will be caught before he can find her and do any harm. Sonny will be enraged – he wants her dead.

Sonny may back off the violence to save his fragile marriage or the cops may get to Olivia first. As of now, all signs point to Olivia being caught and sent to the psychiatric prison Miscavige where Heather Webber (Robin Mattson) is being held.

Tonja also said that Olivia hallucinates Duke Lavery (Ian Buchanan) and confirmed her character is utterly crazy. It makes sense that she’ll wind up institutionalized than at Pentonville – and we know people break out of Miscavige – Heather did it! 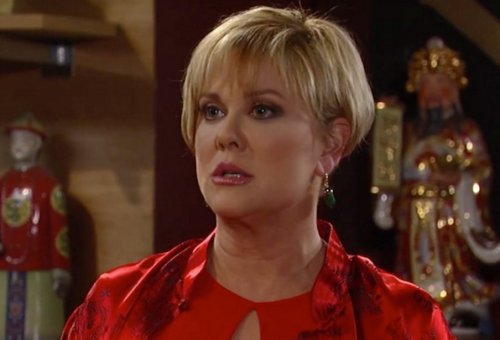 Are you excited to see more of Tonja Walker as Olivia? Will you be mad if neither Jerome sister pays with their life for Morgan’s death? Do you want Olivia to come back as an occasional recurring villain? Share your comments below on this coming twist.

Tune into CDL often for the latest General Hospital spoilers and news.