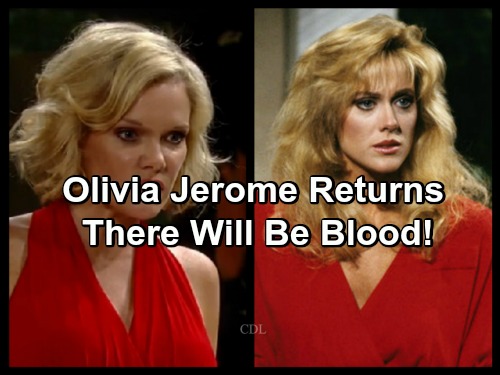 General Hospital (GH) spoilers confirm that Tonja Walker is returning to Port Charles after being absent for over 25 years. She will begin airing the week of January, 16, but who will she be portraying? Although the powers that be at General Hospital have not confirmed her role, a leaked script proves that Olivia Jerome is indeed her character.

Tonja Walker said she was extremely excited to be called to return to the ABC soap opera and confirmed that the plan is for her to come back for a month or so, right during Winter Sweeps, in a prominent role. CDL accurately reported she will be returning as the resurrected Olivia Jerome, a character she portrayed who was killed off in 1990. 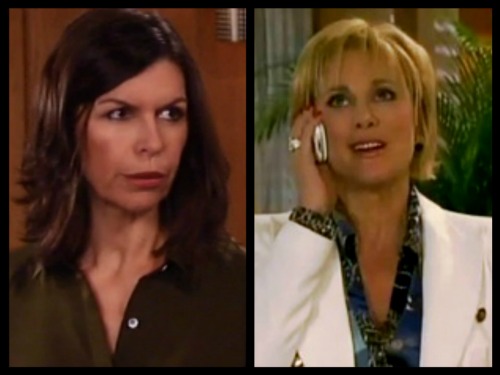 Olivia Jerome is the full-blooded sister of Julian Jerome (William DeVry) and the half-sister of Ava Jerome (Maura West). General Hospital spoilers claim that there is no doubt Olivia is much more sinister than any of the Jeromes’ newer fans have seen, hard as that might be for GH fans to believe seeing all the awful stuff Julian and Ava have done.

Julian and Olivia were definitely partners in crime when they caused Anna Devane (Finola Hughes) to miscarry her baby with Duke Lavery’s (Ian Buchanan). Olivia and Anna both loved Duke at the time. Later, Julian shot Olivia, and fans were lead to believe she had died. 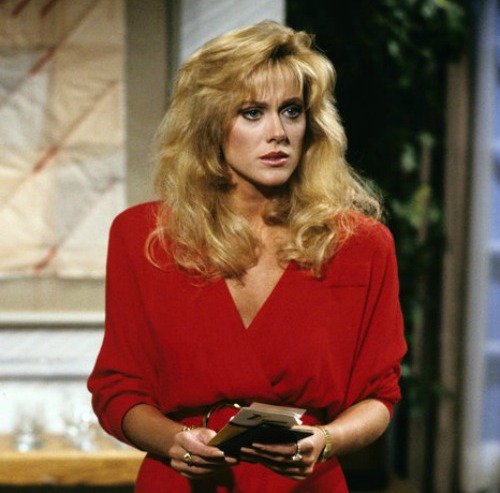 Since Walker is reprising the role of Olivia, we can be sure she will want revenge of some sort on Julian for his betrayal all those decades ago. Of course it will be interesting to see how Ava would cope with having an older and much more powerful sister. Ava has always loved being the one in control, so since Walker is returning as Olivia there is bound to be some bad blood and sibling rivalry for the top spot in the family’s organization. 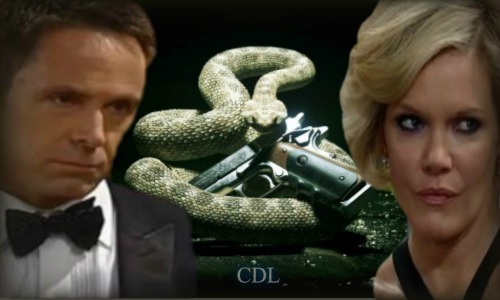 General Hospital executives are keeping tight-lipped about Walker’s return – Tonja Walker claimed she has no idea what GH has in store for her character, but she promises whatever it will be, it will be magnificent! Already the wheel-chair bound mystery mob boss Olivia has ordered Sonny’s car bomb which incidentally killed (allegedly) Morgan, and through Rudge ordered Julian to kill on Jason. So we know that whatever else is going to go down in Port Charles there will be plenty of violence coming up for GH Winter Sweeps which start January 26.

Be sure to tune into ABC’s General Hospital (GH) on Monday, January 16, 2017 to catch the much anticipated return of Tonja Walker to Port Charles. Check CDL often for all your General Hospital spoilers, updates and news!