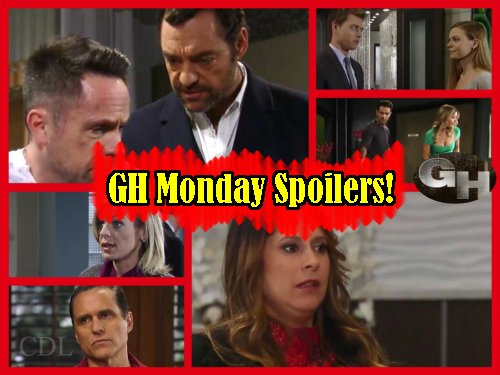 General Hospital (GH) spoilers for Monday, January 16 reveal that Jason Morgan (Billy Miller) stops by to see Sonny Corinthos (Maurice Benard) on the way to the wedding at the MetroCourt. Sonny wants to discuss Jason’s role in his business.

Jason has made it clear he’s done with the Corinthos cartel but perhaps Sonny has something in mind. Does he want to pay Jason for the investigative work? It’s doubtful Jason will say yes to an arrangement that ties him financially to the cartel. 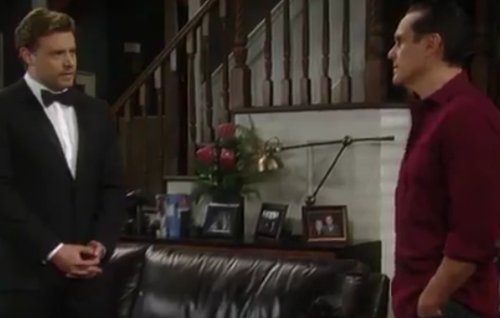 GH spoilers reveal that Jason and Sam Morgan (Kelly Monaco) will have a pregnancy scare. Will this keep them from the wedding? Will they wind up at GH instead of at the nuptials of Nathan West (Ryan Paevey) and Maxie Jones (Kirsten Storms)?

Julian Jerome (William deVry) is at the hospital for a checkup on his injuries when Winston Rudge (David Lee) tracks him down. Rudge orders Julian to get rid of Jason on the lady mob boss’s orders. Julian won’t and will instead protect Jason. 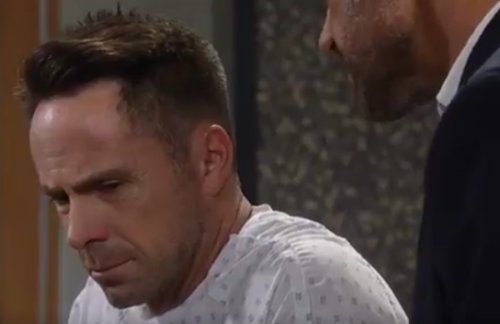 Michael Quartermaine (Chad Duell) tells Nelle Hayes (Chloe Lanier) he knows someplace perfect for them to go if she wants to join him. Will Nelle say yes? Nelle gets some advice from Michael and the minx is struggling with regret over her scam.

The surprise wedding plans are in full swing. Lulu Spencer (Emme Rylan) confidently tells Robin Scorpio (Kimberly McCullough) that nothing will ruin Maxie’s big day. But Maxie going rogue has thrown a kink into everything. 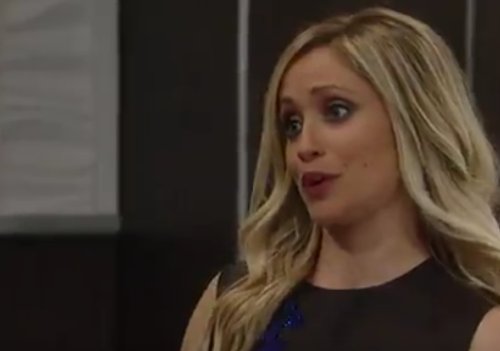 Maxie is bogged down with the Crimson wedding issue and depressed about her failed New Year’s nuptials and decides on the spur of the moment to run off. Dillon Quartermaine (Robert Watkins) failed in his task of keeping her distracted.

Before Dillon Can stop her, Maxie took off after acting strangely. She wants little Georgie and heads to the airport to fly to Portland. Nathan comes looking for Maxie and is stunned she’s gone. He asks Nina Clay Cassadine (Michelle Stafford) where Maxie went. 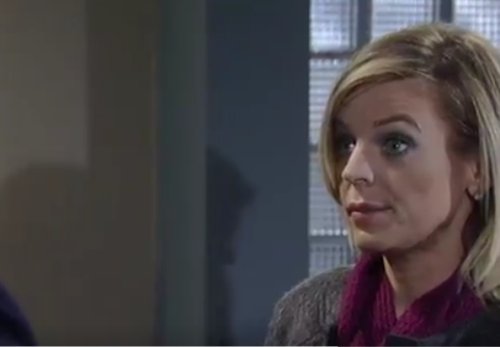 Nina is clueless. They panic because there can’t be a surprise wedding without a bride. At the Port Charles airport, Maxie is stunned when she runs into a familiar face. It’s Damian Spinelli (Blake Berris in a brief recast) and he’s got Georgie with him.

Nathan must have alerted Spinelli to the replacement wedding plans. Last we heard, Spinelli was stuck in a snowstorm and that’s why he wasn’t there for the New Year’s Eve wedding fiasco. This time he’ll be there and will play a big part! 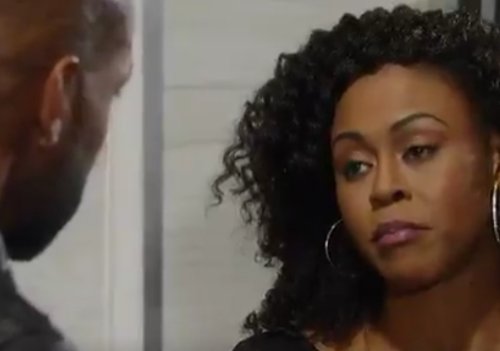 Curtis Ashford (Donnell Turner) goes to Jordan Ashford (Vinessa Antoine) and tells her that he knows Sonny is innocent in the bombing death of Morgan Corinthos (Bryan Craig). Jordan challenges him to prove it or else nothing will change.

Tonja Walker was scheduled to debut as resurrected mob boss Olivia Jerome on Monday, January 16 but with the one-day delay because of the Friday, January 6 preemption, we may not see her until Tuesday, January 17 but we know it’s definitely Olivia from a script leak! 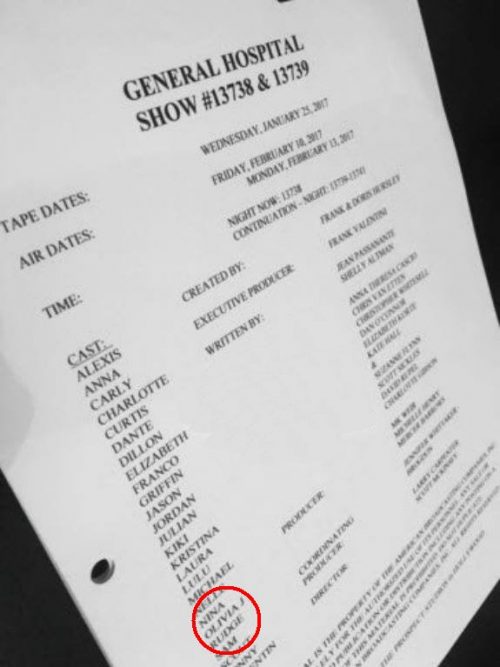 Share your comments below on the GH spoilers for the Monday, January 16 episode and tune into CDL often for the latest General Hospital spoilers and news.

Will something spoil the big day? pic.twitter.com/FdktffkFFI