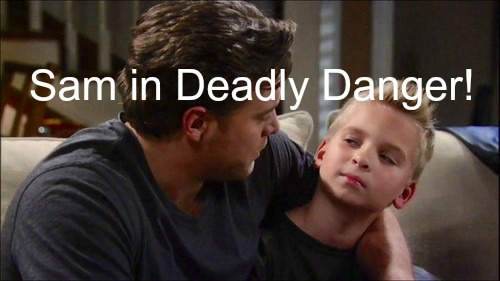 “General Hospital” (GH) spoilers reveal that Jason Morgan (Billy Miller) will soon recover a memory that will have him falling for Sam Morgan (Kelly Monaco) all over again. With Jason and Sam back together, little Jake Spencer (James Nigbor) will be crushed.

But one thing we can guess Jake did NOT learn on Cassadine Island is to accept things as they are. That kind is an agent of trouble and will not sit still and watch his family fall apart. GH spoilers tease that soon, Jake will focus his rage on Sam to try and get her out of his dad’s life once and for all.

But just how far will Jake go? With GH spoilers hinting that Sam will be in physical danger, what is it that Jake has done to her? He could go old school and shove her down the stairs… Or perhaps Helena Cassadine (Constance Towers) taught Jake some serious skills and he’ll cut the brake line on her car.

What’s clear is that Jake has been showing red flags like he’s a semaphore coach – yet no one has done anything about it. Liz Webber (Rebecca Herbst) was too caught up covering up her lies and trying to keep Jason with her to put him in counseling.

And when Laura Spencer (Genie Francis) noticed Jake seemed “off,” Liz brushed Laura’s concerns aside because she was entrenched in the Jake Doe scam. Now it’s weeks later and Jake’s little brain is a hotbed of resentment and angst – and all of it is going to come down on Sam.

GH spoilers tease that Franco will look at Jake’s disturbed drawings and it will remind him of himself. Franco knows what a scary sociopath he used to be and he sees the same traits in Jake. But GH spoilers also indicate that Liz won’t listen when Franco breaks the troubling news to her.

Liz doesn’t see Franco as capable of issuing a psych evaluation – and that may be true – what are his qualifications, after all? But still… like knows like… and Franco will realize he’s looking at a mini rage monster when he looks into Jake’s dead eyes. 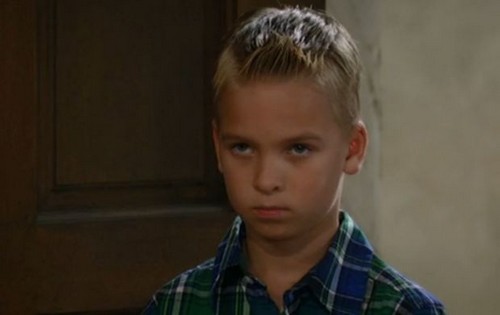 It’s doubtful that any of the adults in Jake’s life – Liz, Jason or Laura – will realize that Franco was preaching gospel… until it’s too late! What havoc will Jake unleash on Sam before they figure out their son is deeply disturbed? How far will he go to destroy his mom’s rival?

What’s troubling is that Jake could lure Sam into any scenario he creates. If Jake approached Sam and asked her to walk him somewhere or come look at something, she’d go in an instant. After all, Jake is Danny’s brother and Jason’s son, so she would naively follow the kid into any trap he’s set up.

The catalyst for Jake to amp up his aggression towards Sam will be Jason’s recovered memory of his feelings for Sam. Right now, Jake sees his mom getting some face time with Jason and his scheme at the house has them all together at the MetroCourt so he’s not getting more agro (yet!). 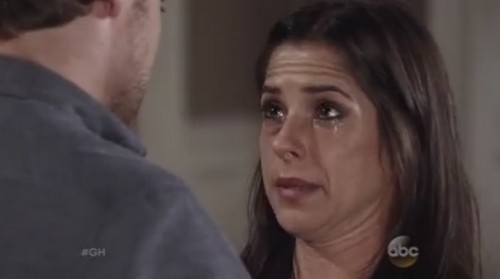 But if Jason’s renewed love for Sam causes his dad to move back into the penthouse and set up house with Danny and Sam, all bets are off. There is absolutely no telling what Jake could do to Sam. And an even bigger question is this – is there hope for Jake?

What did Helena do to him? And is it reversible? Can Jake be saved from himself? And how many people will be hurt in the process because no one realizes – save for Franco – just how off-kilter the kid is?

Share your comments below and come back to CDL often for more “General Hospital” spoilers and news!