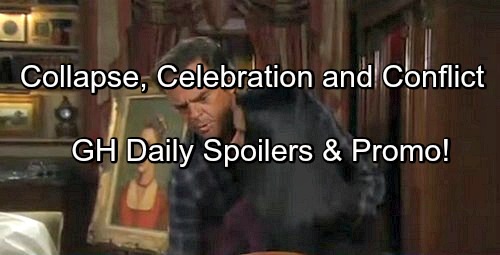 General Hospital (GH) spoilers for Tuesday, April 25, tease that Michael (Chad Duell) will have a somewhat strained meeting with Nelle (Chloe Lanier). They recently shared some warm moments, but Michael feels like he needs to set her straight. He’s still upset about Nelle’s betrayal and he’ll make sure she knows it.

Nelle will suggest this is Michael’s way of saying he’s never going to forgive her. Michael may not think he can get past Nelle’s actions, but he’ll change his mind soon enough. Carly’s (Laura Wright) efforts to keep them apart could end up pushing them together instead. 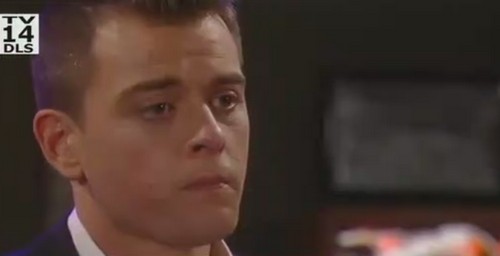 Other General Hospital spoilers say Dante (Dominic Zamprogna) and Lulu (Emme Rylan) will have a little celebration. They might be doing a happy dance over news regarding the custody case. Charlotte (Scarlett Fernandez) had a great time with Lulu during their last visit. The social worker seems hopeful about their growing bond.

Unfortunately, trouble is looming for Lulu. General Hospital spoilers say a setback will shake things up down the road. In the meantime, Valentin (James Patrick Stuart) and Nina (Michelle Stafford) will also deal with some difficulties. Trust issues will continue to plague this couple. 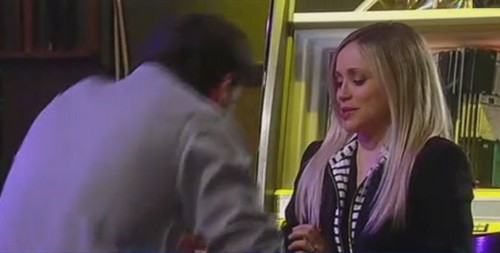 Nina and Valentin will have a confrontation about the watch Anna (Finola Hughes) gave him. Valentin may have to answer some tough questions unless Nina manages to hold her tongue. Across town, Griffin (Matt Cohen) will realize that Anna is playing with fire. Anna is trying to bring down Valentin, which is obviously risky business.

Griffin will ask if Anna has any idea how dangerous her behavior is. General Hospital spoilers say Anna will look stunned by Griffin’s harsh reaction. She’ll insist that she can handle any threat that comes her way, but Griffin won’t be so certain. Griffin may not know exactly what Anna is cooking up, but he’ll still be concerned about her.

At General Hospital, Hayden (Rebecca Budig) will get updates that leave her uneasy. She’ll suspect that Finn (Michael Easton) is using again. Finn will be surprised when Hayden confronts him about his latest test results. Thanks to Brad’s (Parry Shen) scheming, Finn will struggle to convince Hayden that he’s committed to staying clean.

Elsewhere, Tracy (Jane Elliot) will face some serious suspense. She hopes that Samira (Ivy Natalia) isn’t her half-sister, but she realizes it’s possible. Laura (Genie Francis) will wonder if Tracy is willing to help Samira if the DNA results are a match.

Speaking of Samira, it looks like she’ll collapse in Ned’s (Wally Kurth) arms on Wednesday. There are plenty of stressed-out characters in this General Hospital storyline! Stick with the ABC soap and don’t forget to check CDL often for the latest General Hospital spoilers, updates and news.