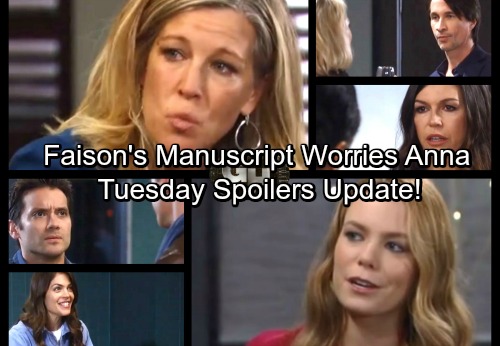 General Hospital (GH) spoilers for Tuesday, December 12, tease that Carly (Laura Wright) will talk to Bobbie (Jacklyn Zeman) about Nelle’s (Chloe Lanier) pregnancy revelation. You can bet that Bobbie will be just as infuriated as Carly. They’ll agree that the last thing Michael (Chad Duell) needs is to share a child with Nelle. This could tie her to their family permanently, so they’ll have some serious concerns.

Carly will feel like Nelle’s only going to use this baby for her own selfish gain. She’ll wish there was something they could do to stop her. Meanwhile, Michael (Chad Duell) will fret over the possibility that he’s really the father. The kid’s not even the problem here. Michael just won’t want to raise his son or daughter with Nelle. 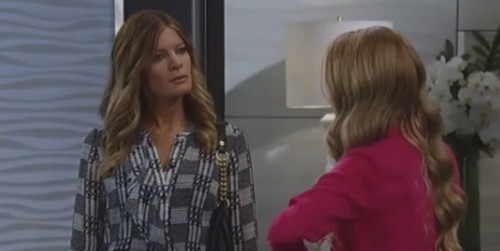 Nevertheless, there’s a good chance this child belongs to Michael. He’ll have to be prepared for whatever comes his way. GH spoilers state that Michael will seek advice from Dante (Dominic Zamprogna). He’ll share the news of Nelle’s pregnancy, which will certainly catch Dante off guard. Once Dante’s up to speed, he’ll offer Michael support during this difficult time.

Across town, Charlotte (Scarlett Fernandez) will be delighted when she spots Nelle. She’ll run right over to greet her former nanny, but Nina (Michelle Stafford) won’t be pleased. General Hospital spoilers say Nina will be wary of whatever Nelle’s up to.

When Nelle mentions that she’ll be needing a nanny soon, Nina will realize her former assistant must be pregnant. She’ll feel sorry for trapped Michael, but it’s his own fault for ignoring all the red flags. Elsewhere, Sonny (Maurice Benard) and Anna (Finola Hughes) will mull over the new Faison (Anders Hove) info. Once Sonny gives Anna the scoop, she’ll warn that trouble’s brewing.

Anna may have a bad feeling about Faison’s reaction to the manuscript. She’ll also worry about the other pieces of this puzzle. There’s a traitor on the loose as well as a few other potential baddies. That can only lead to mayhem for the people of Port Charles! 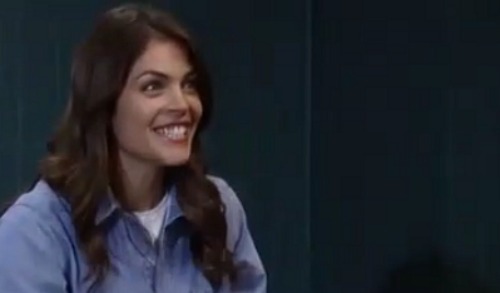 In the police station’s interrogation room, Britt (Kelly Thiebaud) will see a familiar face. She’ll be downright giddy when someone she knows struts in. Britt isn’t having a great day, but at least this meeting will make things a bit more tolerable.

Other General Hospital spoilers say Laura (Genie Francis) will sit down for a conversation with Lulu (Emme Rylan). After she hears about Lulu’s career goal, Laura will open up about her own challenge. GH fans know Laura and Kevin (Jon Lindstrom) plan on tying the knot, but Laura may have something else to add to the list. A personal objective could round out her future.

Cassandra’s (Jessica Tuck) also hoping that the future is bright. She’ll cook up a deal with Finn (Michael Easton) in Tuesday’s episode, but she won’t know it’s all a scam. Can Finn pull off his new plot? We’ll give you updates as other GH details emerge. Stick with the ABC soap and don’t forget to check CDL often for the latest General Hospital spoilers, updates and news.