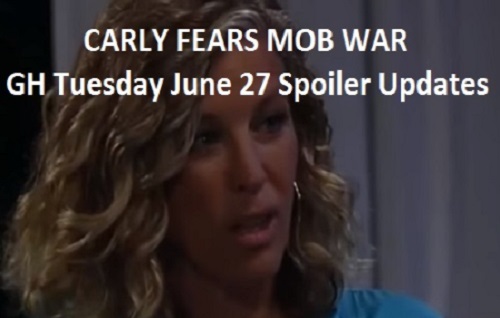 General Hospital (GH) spoilers for Tuesday, June 27, tease that Sonny (Maurice Bernard) will offer Carly (Laura Wright) reassurance. He’ll promise that he can indeed get out of the mob and ensure safety for their family. Carly will insist that Sonny is dreaming if he thinks he can just move on. She’ll hint that there’s going to be an all-out war for Sonny’s territory. Things are obviously going to get messy.

Meanwhile, Finn (Michael Easton) will also have a mess on his hands. Dr. Obrecht’s (Kathleen Gati) sabotage is still an issue, but he’s facing a more personal one as well. General Hospital spoilers say Finn will continue to eavesdrop on Hayden’s (Rebecca Budig) conversation with Curtis (Donnell Turner). He’ll look worried as Hayden wonders what kind of life she can offer this child.

Since a baby is on the way, it’s time for Finn to get started on this Dr. O takedown. He needs to clear his name so he can be reinstated at GH. Steady employment is a must if they’re going to raise a kid. Once Finn, Hayden and Curtis get to work, Monica (Leslie Charleson) will walk in on their secret meeting. She’ll quickly get on board with their sneaky plan. 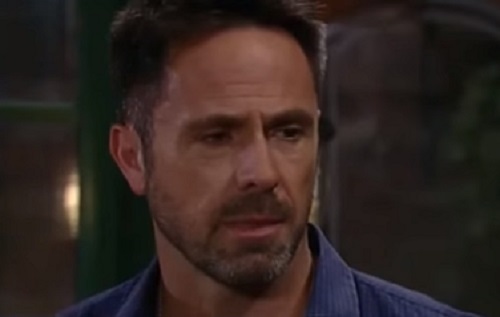 Speaking of sneaky plans, Dr. Obrecht will try to rope Kiki (Hayley Eric) into one on Tuesday’s episode. She’ll suggest that maybe they can do favors for each other. Dr. O will contend that she can make sure Kiki achieves success in her career. All Kiki has to do is help Dr. Obrecht out a little.

Of course, teaming up with Dr. Obrecht would certainly spell trouble. Kiki will be suspicious of whatever the doc is up to. She’s usually cautious when it comes to moves that could put her job in jeopardy. Will Kiki choose to walk away from this risky deal?

Other General Hospital spoilers say Kristina (Lexi Ainsworth) will question Julian’s (William deVry) motives. When she finds Julian and Alexis (Nancy Lee Grahn) outside Kelly’s, Kristina will get updates on the warning Sonny received. She’ll immediately ask why Julian was willing to do that for her father. 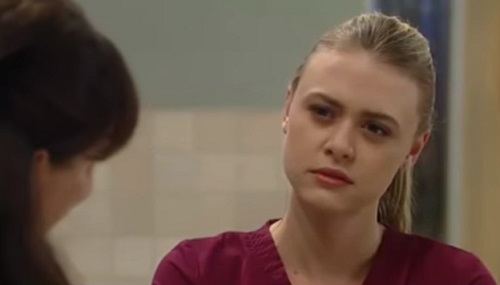 After Julian explains, Kristina will lighten up a bit. Despite her problems with Julian, she’ll be grateful that he potentially saved Sonny. Sam (Kelly Monaco), on the other hand, won’t be happy with all the Sonny coddling. She’ll lash out at Jason (Billy Miller) for getting himself shot and putting his life on the line.

As Sam falls apart, Jason will note that maybe she should see a doctor. Sam already spoke with Griffin (Matt Munro), but she could really use a specialist or at least a second opinion. James DePaiva will debut as a new doc soon. We’ll keep you posted as other news comes in. Stay tuned to ABC’s GH and don’t forget to check CDL often for the latest General Hospital spoilers, updates and news.