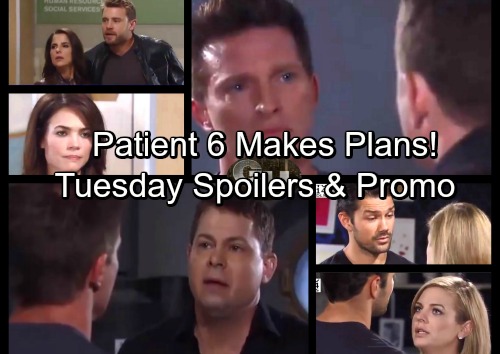 General Hospital (GH) spoilers for Tuesday, October 10, tease that Alexis (Nancy Lee Grahn) will get some upsetting news. When she learns Kristina (Lexi Ainsworth) dropped out, she’ll hit the roof. During an intense conversation with Molly (Haley Pullos), Nancy will ask why Kristina would quit school without telling her family. She’ll be appalled by her daughter’s impulsive decision.

Dr. Bensch (James DePaiva) will offer comfort to someone on Tuesday, so maybe this will provide a chance to grow closer to Alexis. Supporting her through this crisis might score the doc some points. Across town, Parker’s (Ashley Jones) admission will catch Kristina off guard. After she arrives for their dinner together, Parker will confess that she almost canceled. 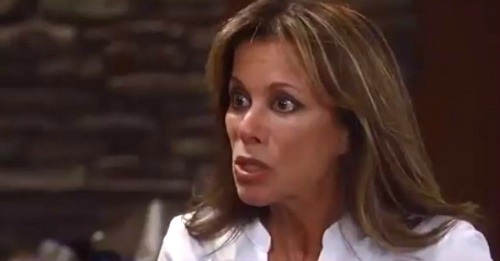 Kristina walked away from school for another shot at this romance, so that obviously puts a lot of pressure on Parker. She may suggest that this isn’t a good idea, but there’s no way Kristina’s giving up. Despite the complications, General Hospital spoilers say Kristina will go after what she wants.

Meanwhile, Nathan (Ryan Paevey) will offer reassurance to Maxie (Kristen Storms). He’ll promise that all the Ask Man Landers drama will be over soon. Maxie will agree to put up with it a little longer, but she’ll have one condition. Perhaps she’ll try to keep their romance separate from the chaos, but that plan won’t pan out. 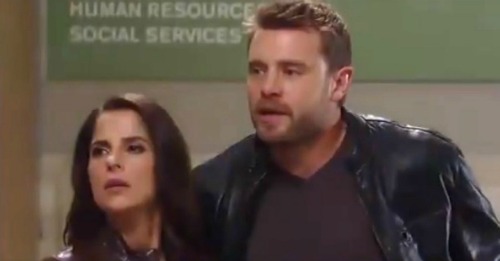 At GH, Jason (Billy Miller) will wonder what Liz (Rebecca Herbst) wanted to tell him. Now that she knows about Drew, Liz believes Jason deserves to hear about his twin brother. However, Franco (Roger Howarth) will likely pull Liz aside and once again beg her to keep quiet. He’ll worry that this revelation will somehow backfire.

It looks like Liz will reconsider her confession, but that won’t stop the truth from exploding. Patient Six (Steve Burton) is headed home and that means the whole story will blow up soon enough. Speaking of Patient Six, he’ll continue his chat with Huxley (Trent Dawson). On the ship, Patient Six will wrestle with his emotions as he reflects on the five years he’s lost. 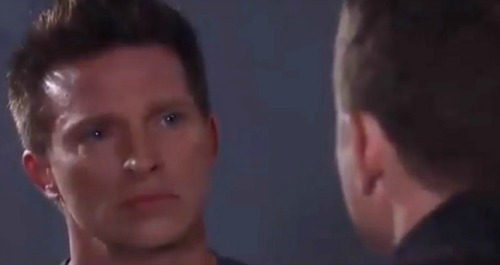 Huxley will ask where Patient Six is headed and why. He’ll wonder if Burton’s character has someone waiting for him. Patient Six won’t be certain of that, but he’ll hope he has an opportunity to make things right. This situation is about to get messy, so General Hospital fans will want to stay tuned!

Can Patient Six win back his family in Port Charles? We’ll give you updates as other GH details emerge. Stick with the ABC soap and don’t forget to check CDL often for the latest General Hospital spoilers, updates and news.