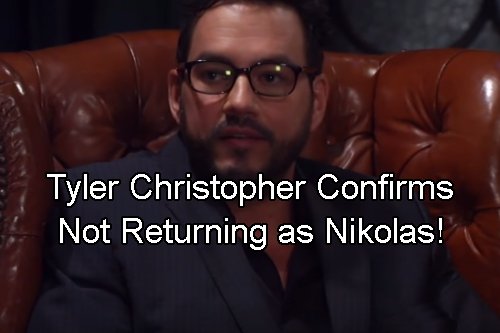 General Hospital (GH) spoilers offer a shocking update from Tyler Christopher on his future. Just a few days ago, Tyler confirmed he would not come back to GH and that he’s moving away from LA and relocating to Nashville. This is a shocker for Cassadine legacy fans and begs the question of a recast for Nikolas.

At the end of February, Tyler commented on Twitter “Migrating to Nashville…” The ex-Nikolas Cassadine will be in good company with fellow GH alum Jonathan Jackson (Lucky Spencer) and Steve Burton (ex-Jason Morgan) both living in the Southern metropolis as well. Since splitting from GH over a contract dispute, Tyler has done movies and focused on his wife’s fitness business.

Now it seems he’s hitting the greener pastures of the South. Nashville is a prime location for music and movies since Atlanta is just four hours away and a bustling mecca of moviemaking. Plus, a whole bevvy of hit TV shows is made there. Another GH’er, Rick Hearst (Ric Lansing) moved to Atlanta and has been working regularly. 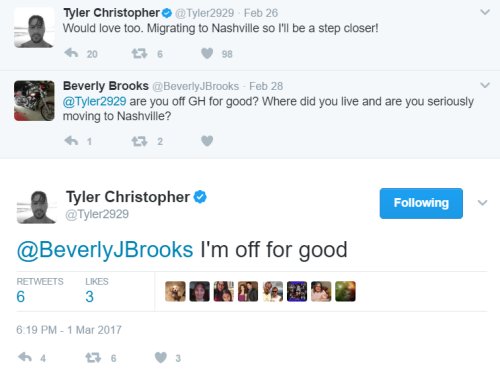 After Tyler’s remark about Nashville, another fan asked, “are you off GH for good?” and Tyler replied, “I’m off for good.” That’s stunning. Since Tyler wanted to stay and the issue was hammering out a financial agreement, there has been hope that Nikolas would pop back up again in Port Charles, possibly for sweeps, given all the Cassadine-centric action happening.

Now we know for sure, if Nikolas does come back, it won’t be with Tyler Christopher in the role. He’s moved on. That’s a major disappointment for GH fans since Tyler originated the role. Last year, Nick Stabile stepped in as a temporary recast and when Tyler left GH in 1999, Chase Parker did a short stint and then Coltin Scott took on the role but left after a contract dispute.

When Coltin Scott left, Tyler Christopher was available and returned in 2003 where he stayed put until 2011 when GH again let the actor go. At the time, Tyler said, “I was told that I would not be signing another contract” and added, “I didn’t see it coming.” Then in mid-2013, Tyler was offered a contract that took him through 2015 when renewal talks fell through again. 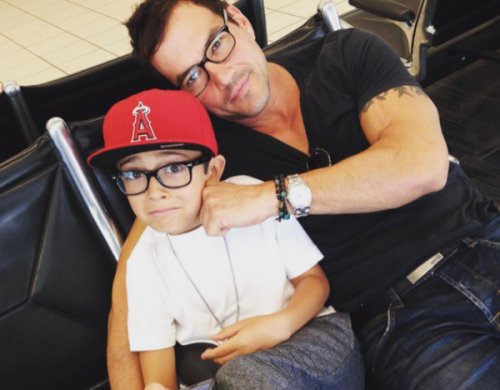 With Tyler now throwing up his hands, it seems like GH may go for a recast given that several storylines demand his return. GH showrunners left it open for a recast with no body found after Valentin Cassadine (James Patrick Stuart) shot Nikolas. There are many swirling rumors that Valentin and Nikolas coordinated that scene for Ava Jerome (Maura West) to witness and Nikolas is in hiding.

In a recent podcast, GH’s Nathan Varni said he was hoping to bring back Spencer Cassadine (Nicola Bechtel) in May and that may be a hint that we could have a recast Nikolas for May sweeps. The plot of Jake Webber (Hudson West) and his time on Cassadine Island starts up again next week and will likely still be dragging on in May.

Surely Nikolas had to know Liz Webber’s (Rebecca Herbst) son was living on his family’s island all that time. Nikolas has some explaining to do on that point. There’s also the story arc with Valentin. He was supposed to be this super-scary guy but he’s more of a teddy bear and good dad than a “big bad” so is this a cover for him working for the WSB? 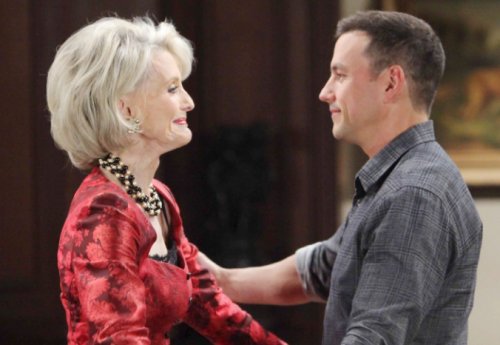 If so, then it seems highly unlikely that Valentin shot his nephew. Plus, remember Laura Spencer (Genie Francis) and Lulu Spencer (Emme Rylan) are struggling to accept Valentin as a permanent fixture in their life since he’s father to Lulu daughter but killed her brother. Nikolas returning would ease a lot of angst for the Spencers as well.

With Tyler Christopher confirmed gone, do you want to see a recast of Nikolas Cassadine? Share your comments below and tune into CDL often for the latest General Hospital spoilers, news, and updates.

“I’m back and better than ever!” THAT’S WHAT WE SAID! You can not miss today’s brand new #GH. pic.twitter.com/WARUNe4wB4