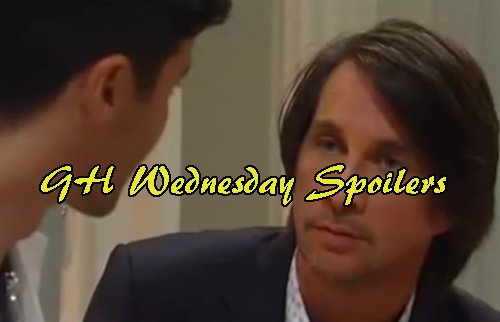 It also seems like Dr. Liesl Obrecht’s (Kathleen Gati) awful scheme bears fruit. We know Dr. O is the one tampering with Finn’s drug tests. GH spoilers indicate Finn has a setback on Wednesday and that could be another failed drug test even though Brad Cooper (Parry Shen) was cut out of the testing process to safeguard the results. This won’t look good for Finn.

The second source of trouble at General Hospital is Liz Webber (Rebecca Herbst) who has a child care issue and has Cameron Spencer (Michael Leone) up at work with her. He’s bored stuck at the nurse’s station so mom-to-be Hayden Barnes (Rebecca Budig) steps up for her nephew. Hayden tells Liz she’s got the rest of the day off and can take Cameron off her hands. 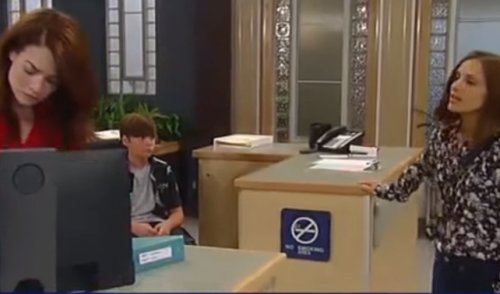 Liz is stunned by the very sisterly offer and takes Hayden up on it but she soon finds out being Aunt Hayden is a lot harder than she thought. It shouldn’t be too long before Hayden shares the news of her pregnancy with her half sister Liz. There’s other family drama coming to Port Charles on Wednesday. It’s Curtis Ashford’s (Donnell Turner) birthday and he’s got a surprise coming his way.

Jordan Ashford (Vinessa Antoine) is dressed up in some sexy lingerie and has a cupcake with a candle in it. She tells Curtis to make a wish and she’s ready to make it come true. But things might not go the way Jordan wants because Curtis’ mama is in town for her son’s birthday. Vernee Walker debuts as Mrs. Ashford and Jordan won’t like what comes next.

Jordan also has some issues with TJ Ashford (Tequan Richmond) as the Ashfords have an awkward family reunion. Jordan makes progress with TJ but there might be hell to pay when the truth of his paternity comes out to his grandma who will find out she’s not his biological grandma. This is an uncomfortable truth. 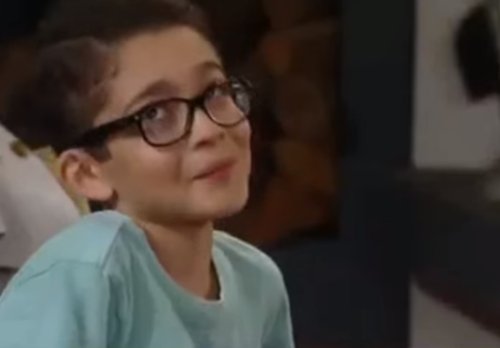 Across town is more grandma drama at Lulu Spencer’s (Emme Rylan) house, Spencer Cassadine (Nicolas Bechtel) teases Laura Spencer (Genie Francis) that he knows she’s glad he’s there even though she wants him to get back on a plane and head back to boarding school. Spencer has other plans in mind. He wants to win back his Cassadine legacy and inheritance.

Some Valentin Cassadine (James Patrick Stuart) drama sparks across town. Lulu comes to see Valentin at the PCPD and drops the bomb on him that Nina Clay Cassadine (Michelle Stafford) gave them the info to find him and Charlotte Cassadine (Scarlett Fernandez) in Niagara Falls. Valentin knows he’s got to face up to the errors of his past. 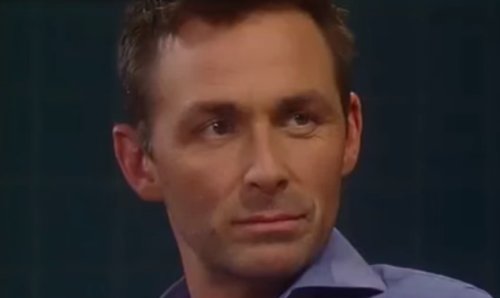 Some General Hospital spoilers tease that he’ll come face to face with Alex Devane (Finola Hughes) who might be at the PCPD unless the WSB dragged her out of town already. Mac Scorpio (John J York) is concerned Anna Devane’s (Finola Hughes) guilt over her twisted past with Valentin will prevent her from giving testimony to convict him of his crimes related to the Chimera.

Nina talks to Nathan West (Ryan Paevey) and she’s sickened that she caved and told Anna where to find Valentin. Nina knows that he would have gotten away with Charlotte if not for her. Nina has had enough. Is she ready to cut Valentin loose or will she stand by her man as he faces his fate? Share your comments and stay tuned to CDL often for the latest General Hospital spoilers.