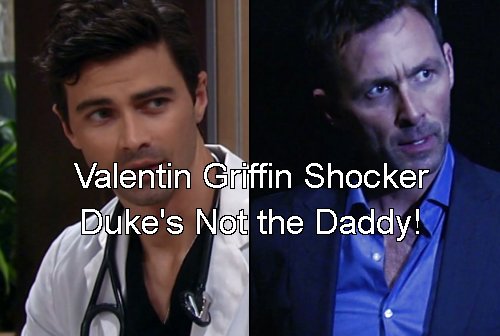 General Hospital (GH) spoilers reveal Alex Devane (Finola Hughes) is holding a shocking secret of her own when it comes to Valentin Cassadine (James Patrick Stuart) and it’s not one she’ll give up unless she has to. General Hospital spoilers hint Alex and Valentin’s night of passion produced a child – and it’s someone GH fans already know – Dr Griffin Munro (Matt Cohen).

Valentin still thinks it was Anna Devane (Finola Hughes) he bedded down with years ago but he’s got a couple of shockers coming. Right now, Alex has Valentin twisting around her finger and she has him still thinking it was Anna he slept with – he’ll be floored when Alex plays her trump card and tells him Anna never touched him back when he was a hunchback.

But that’s just the tip of the iceberg – General Hospital spoilers tease that Alex carried Valentin’s love child but was so horrified he got her pregnant, she gave the kid up for adoption. But why would Alex have carried the child to term knowing she didn’t care anything about Valentin and was just using him to get information for the DVX cartel? Alex might have delivered the child instead of terminating as a backup plan. 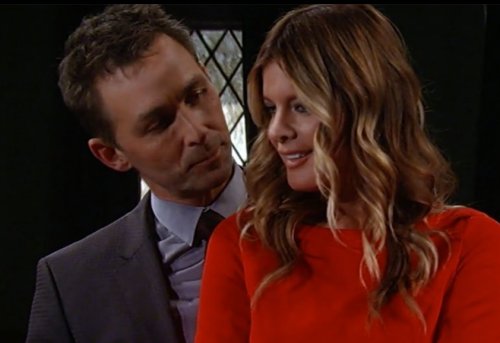 General Hospital history as told by the writers is that all these years, Valentin has had another child that he didn’t consent to – kind of like with Charlotte Cassadine (Scarlett Fernandez). If Valentin’s story is fact, he didn’t consent to being a dad and Helena Cassadine (Constance Towers) had island babe Daphne (Andrea Savo) “steal” his sperm after drugging and seducing him. But once Valentin found out about the embryo, he wanted Charlotte to be born.

So, Valentin will be stunned when he finds out he has another child he never knew about. It’s really ironic since Valentin kept Charlotte away from Lulu Spencer (Emme Rylan) and now General Hospital spoilers hint that Alex kept a child from Valentin. If the child was a youngster, that would be one thing, but this kid won’t be happy to find out Valentin is his daddy.

Griffin is happy thinking Duke Lavery (Ian Buchanan) is his father but that news came from his biological mother. It would have been easy enough for Alex to pass herself off as Anna when she handed the child off to Griffin’s mother to raise as her own. And it would make sense to lie and say Duke was the baby daddy since she was pretending to be Anna and didn’t want the true paternity to come out. 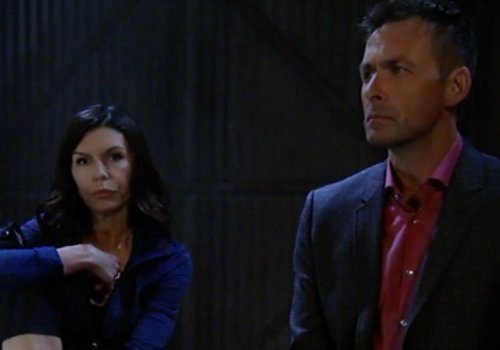 General Hospital spoilers reveal that all of the secrets involving Anna, Alex, Valentin and the Chimera Project will come out during May sweeps and that’s when Valentin could discover he has another child – a grown son who hates the sight of him. The only thing Griffin would hate more than finding out Valentin is his father would be if Julian Jerome (William DeVry) was his dad.

Nina Clay Cassadine (Michelle Stafford) will also be horrified that Valentin has another child although she does like Griffin. This is another blow to Nina because the child will be with Anna’s doppelganger and is more of a threat to her marriage. Will Valentin or Griffin be more shocked to discover this secret if GH spoilers work out this way? Share your comment below and tune into CDL often for the latest General Hospital spoilers.