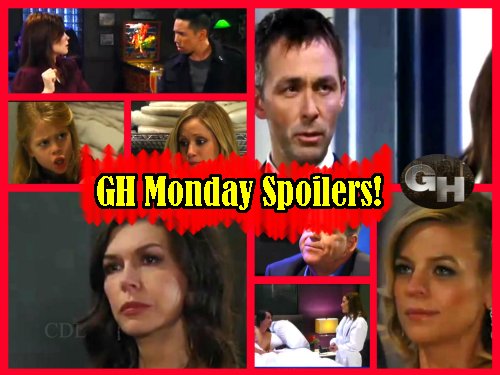 Paevey revealed in a recent interview that he landed a movie role that will take him off the show for a month but we won’t see that gap for several more weeks since GH films four to eight weeks ahead of time. How will they explain his absence? Maybe it’s tied to Claudette! 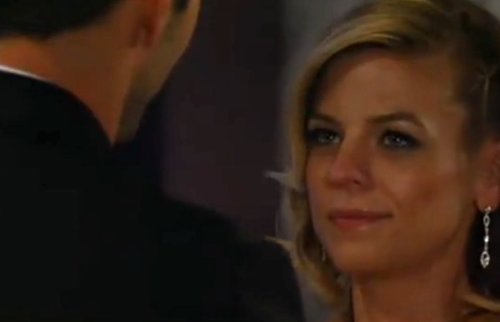 Also on Monday, Liz Webber (Rebecca Herbst) is out looking for Franco (Roger Howarth) and runs into the rarely seen Brad Cooper (Parry Shen) who asks if it’s Franco she’s looking for. Did Brad happen to see Franco out and about? Something leads Liz to the roadhouse.

Out in the alley – the same alley where Tom Baker (Don Harvey) the rapist was killed – is Franco’s phone and there’s blood on it. Liz wonders what happened to him and is scared. Liz knows she needs help and turns to Scotty Baldwin (Kin Shriner) who agrees his son is missing. 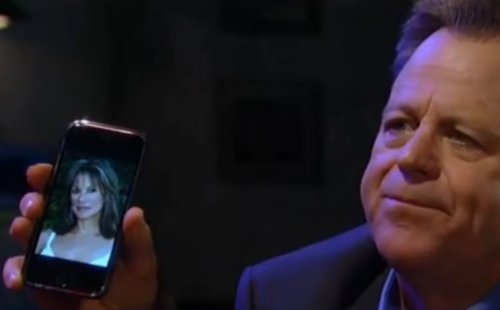 Franco told Scotty he’d never skip town and leave Liz and her kids so Scotty is worried and he goes to the roadhouse asking question. Scotty shows a photo of Alexis Davis (Nancy Grahn) to the bartender and asks if he’s seen her. What will the guy say?

This isn’t Gene, the one that Julian Jerome (William deVry) had roughed up, so maybe this guy will tell the truth if Gene the ginger didn’t warn him to forget she was in the roadhouse. Liz also meets up with Kiki Jerome (Hayley Erin) to compare notes. 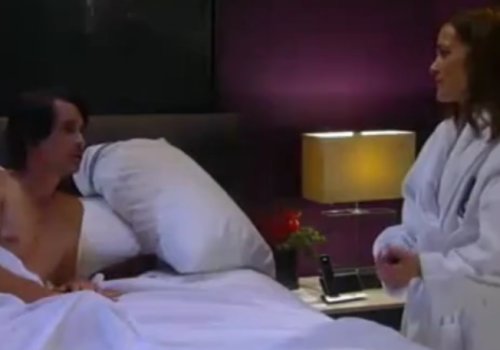 Hayden Barnes (Rebecca Budig) and Hamilton Finn (Michael Easton) finally got their night of passion but things aren’t so great the next morning. Hayden asks Finn if everything is okay. Looks like the cure is good for both but his addiction is about to become an obstacle.

Some GH fans have been asking on social media if Finn is still sick. He’s not. He’s cured but is now addicted to Zekenestrol. He was taking Zen Zen every day to stay alive and doesn’t need it now that he’s cured – but his body still craves it so he’s shooting up recreationally. 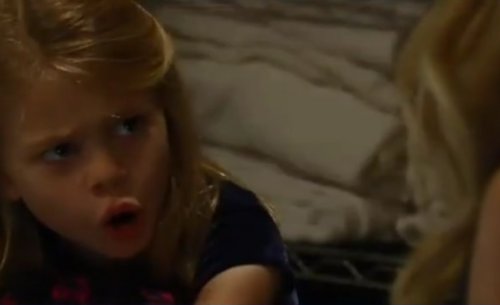 Did Lulu ruin everything with her impatience? Later, Dante Falconeri (Dominic Zamprogna) comforts a distraught Lulu who has been rejected by her daughter. 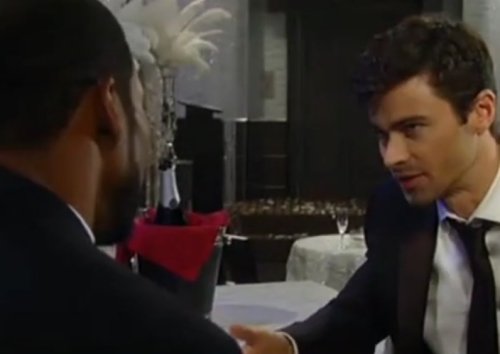 Andre’s mind is on his girlfriend Jordan Ashford (Vinessa Antoine) who left town with Curtis Ashford (Donnell Turner). Valentin is with Anna Devane (Finola Hughes) on the MetroCourt balcony. 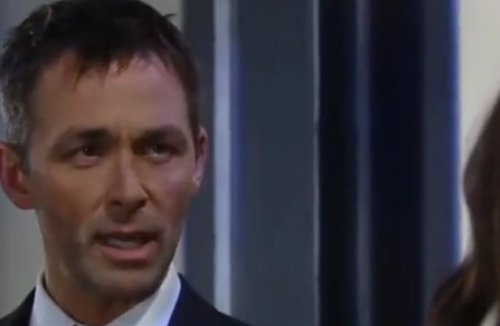 Anna now remembers Valentin as a stammering, introverted guy at the academy with a crush on her. She didn’t give him the time of day but he adored her. With the two alone on the balcony, Valentin shares how he really feels about Anna. Is he still carrying a torch for her?

Share your comments below on these spoilers for Monday, January 23. There is no GH on Friday, January 20 because of the presidential inauguration. Tune into CDL often for the latest General Hospital spoilers and updates.