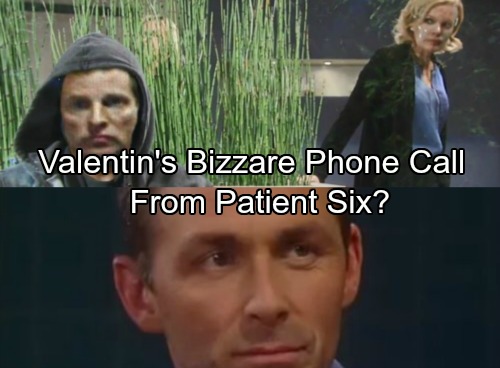 General Hospital (GH) spoilers tease that Valentin (James Patrick Stuart) will feel like a threat is creeping up on him. Now Lulu (Emme Rylan) knows he schemed to take care of Ava (Maura West). Laura (Genie Francis) will get involved when she returns as well. Spencer’s (Nicholas Bechtel) lawsuit is becoming more complicated, but Laura won’t give up on her pursuit of justice.

Of course, Griffin (Matt Cohen) will also cause a headache for Valentin. He’ll get pushy about the Ava situation and it’ll lead to major drama. Griffin will be determined to sort everything out, but Valentin will be equally determined to bury it. He’s just ready to move on.

General Hospital spoilers state that Valentin will do his best to put the past behind him. He’s done some terrible things and he’d do them again if he had to. However, Valentin is focused on the present and future. He wants to protect his life with Nina (Michelle Stafford) and Charlotte (Scarlett Fernandez). 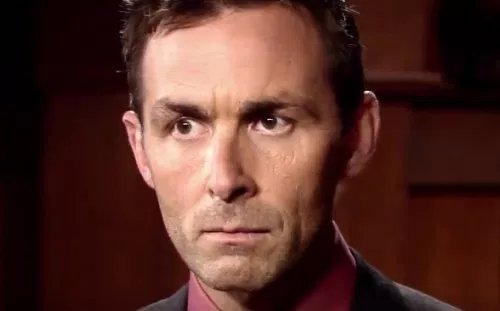 That could get tougher thanks to the trouble Ava’s stirring up. She’s already creating a bit of a fuss at the clinic, but all-out pandemonium is ahead. Plus, Finn (Michael Easton) and Anna (Finola Hughes) are closing in on the truth. They could get the scoop on some of Valentin’s shady activities. Cassandra (Jessica Tuck) approves of the doc’s skills, so they’re in like Finn – er, Flynn.

Bottom line, Valentin will have a dangerous fight on his hands. Attacks will be coming from every angle. The biggest questions right now involve Patient Six (Steve Burton). Is Valentin responsible for this guy’s extended stay at the clinic? If so, why did Valentin knowingly send Ava there? Patient Six is obviously connected to Port Charles and he was bound to bump into Ava sooner or later.

GH has a lot to unpack. There’s much more to come in this umbrella storyline. General Hospital spoilers say Valentin will get a bizarre phone call on October 4. Who’s going to call Valentin and why? Since Ava will get a huge shock at the clinic that day, it’s possible that a staff member will have urgent info. Valentin could learn that Ava knows the mystery man’s identity.

Then again, Patient Six could always get his hands on a phone. He might swipe one at the clinic or even escape and use a payphone nearby. When Valentin answers, he could hear Patient Six’s menacing voice or heavy breathing.

Regardless, some stunning moments are in the works. Once Steve Burton’s (ex-Jason) character makes his way back to Port Charles, it’ll change everything! We’ll give you updates as other GH news comes in. Stay tuned to the ABC soap and don’t forget to check CDL often for the latest General Hospital spoilers, updates and news.