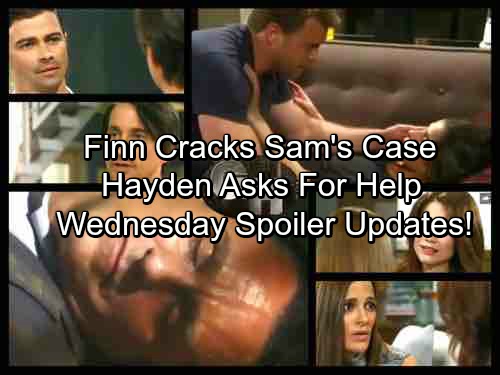 General Hospital (GH) spoilers for Wednesday, July 26, tease that Nina (Michelle Stafford) will grow a little impatient with Spencer (Nicholas Bechtel). When the kid hesitates to come clean about his kidnapper, Nina will try to pull it out of him. She’ll urge Spencer to tell everyone that Valentin (James Patrick Stuart) had nothing to do with this.

Spencer will sigh and admit that Valentin wasn’t the one who snatched him. Nevertheless, he doesn’t intend to let Valentin off the hook for murdering his father and stealing his inheritance. Spencer’s mission was on hold while he was in captivity, but now he’s ready to resume his fight. 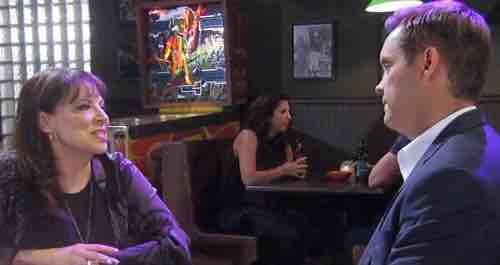 At least Valentin won’t be facing kidnapping charges. That’s one problem he can knock off his list. Meanwhile, Finn (Michael Easton) will also feel like he’s putting some major issues behind him. He’ll tell Griffin (Matt Cohen) that he’s going to use the second chance he’s been given.

Finn will believe nothing’s going to stand in the way of his happiness with Hayden (Rebecca Budig) and the baby. Of course, that’s only because he thinks Dr. Obrecht (Kathleen Gati) is done wreaking havoc. She’s actually just getting started!

General Hospital spoilers state that the scheming doc will sit down with a face from Hayden’s past. She’ll assume he may have some unfinished business with his former wife. Hayden will definitely want to watch out for this devious duo. 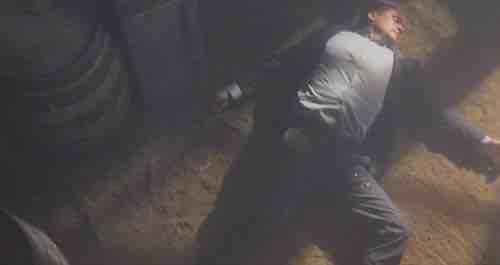 Elsewhere, Hayden will turn to Liz (Rebecca Herbst) for guidance. She’ll wonder what made Liz such a good mother. Hayden is hoping she can learn from the best, but Liz will probably suggest that there’s no magic formula. She’s not perfect, but she adores her kids. That’s what really counts in the end. Alas, Hayden’s shot at a happy family is fading fast. It’s clear that tragedy is on the horizon.

Other GH spoilers say Sonny (Maurice Bernard) will remain at the bottom of the pit he was thrown in. He has a deep wound, but no one is coming to help him anytime soon. Sonny will try to hold on as he battles intense pain. 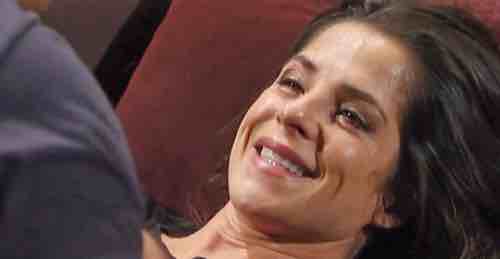 At home, Jason (Billy Miller) will fear that something is seriously wrong with Sam (Kelly Monaco). She just fainted, so he’ll pull her over to the couch for a moment. Once Sam comes to, she’ll grin through her tears. Sam will argue that they’re finally safe, but Jason won’t understand.

After Sam gets checked out at GH, Finn will suspect that toxoplasmosis encephalitis could be the cause of her bizarre symptoms. They’ll treat Sam right away, but she’ll still be in critical condition. We’ll give you updates as other General Hospital news comes in. Stay tuned to the ABC soap and don’t forget to check CDL often for the latest General Hospital spoilers, updates and news.