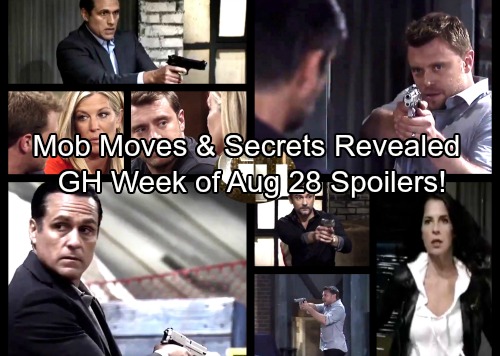 General Hospital (GH) spoilers for the week of August 28 through September 1 tease that some tense moments are on the way. First, Amy (Risa Dorken) and Nathan (Ryan Paevey) will run into some trouble. Their Ask Man Landers ruse will nearly be exposed, but they’ll manage to cover up the truth at the last second.

Nathan and Amy will be relieved, but perhaps they shouldn’t get too comfortable with their scheme. Maxie (Kirsten Storms) is seeking answers and that mission will continue this week. Nathan’s connection to Amy will prove puzzling for Maxie. She’ll try to figure out why Nathan and Amy suddenly seem so close. 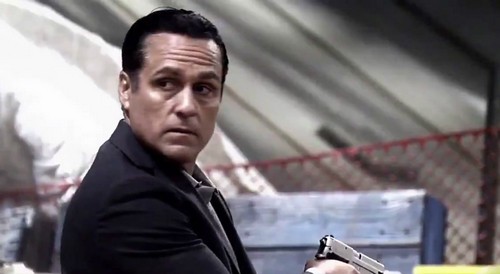 Meanwhile, Jake (Hudson West) will spend some time catching up with Franco (Roger Howarth). The artwork Franco brought back from New York will spark some questions. Franco will try to satisfy Jake’s curiosity without digging too deep. He’ll undoubtedly keep a few walls up for Jake’s sake as well as his own.

Other General Hospital spoilers say Jason (Billy Miller) will face extreme danger. Sonny (Maurice Benard) and Sam (Kelly Monaco) will have to pitch in when Jason lands in a tight spot. It sounds like Jason will take a bullet during some mob conflict. 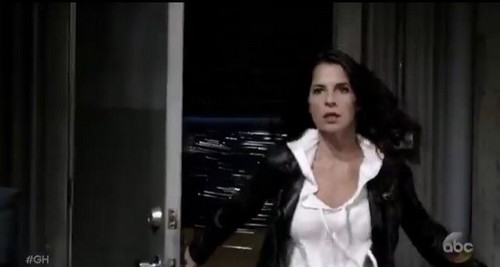 GH fans can expect a tough ordeal for Sam, but Liz (Rebecca Herbst) will step up to support her. General Hospital spoilers state that they’ll grow closer, but Franco’s arrival will cause major drama. Sam will contend that Franco is intruding on this crisis. She may be able to tolerate him on most days, but not when Jason’s life is at stake.

Across town, Ava (Maura West) will step outside her comfort zone for Griffin (Matt Cohen). When he needs assistance with something, Ava will feel like she should lend a hand. After all, Griffin has done a lot for Ava lately. Their new project will strengthen their bond. 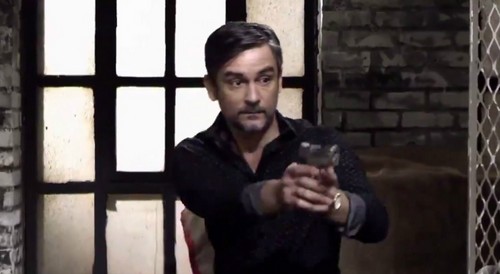 Finn (Michael Easton) will also help Anna (Finola Hughes) pry some info out of Raymond Berlin (Robert Curtis Brown). Unfortunately, Anna won’t get all the answers she’s looking for. If she wants the real story behind this diamond, she’ll have to work a little harder.

Elsewhere, Valerie (Brytni Sarpy) will give Kristina (Lexi Ainsworth) some good advice. Kristina will listen and try to make sense of her messy love life. Now that Parker’s (Ashley Jones) back, things will become increasingly complicated for Kristina. Nevertheless, she’ll inevitably push past her issues and find a way to reconnect.

Finally, Felicia (Kristina Wagner) will discover dirt that could blow up Nelle’s (Chloe Lanier) world. General Hospital spoilers hint that Nelle has another dark secret. It may put her relationship with Michael (Chad Duell) in jeopardy soon. We’ll give you updates as other news comes in. Stick with ABC’s GH and don’t forget to check CDL often for the latest General Hospital spoilers, updates and news.