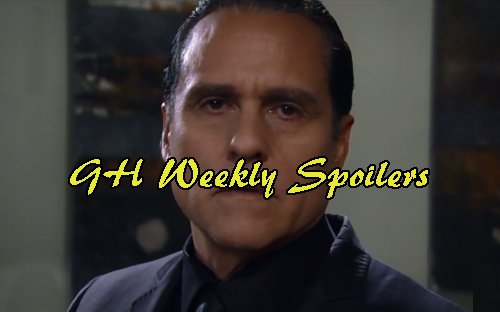 General Hospital (GH) spoilers for the week of Monday, June 26 thru Friday, June 30 reveal that two Port Charles men decide they need to make big changes in their lives. A new romance heats up and there’s trouble for one teenager in town. Someone gets fired and another finds his job is on the line despite his best efforts. Here’s a look at the action next week on GH.

Ever since Ava almost kicked the bucket, Kiki is being much more forgiving of her mother. Dante Falconeri (Dominic Zamprogna) comes to see Ava to talk about the Morgan Corinthos (Bryan Craig) meds case but it seems that Ava will be less than forthcoming. Scott Baldwin (Kin Shriner) will be thrilled to know that. 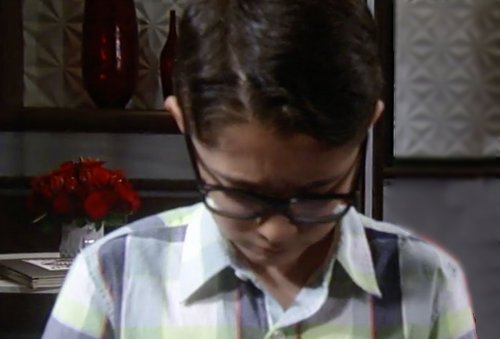 Spencer Cassadine (Nicolas Bechtel) thinks he has a foolproof plan. General Hospital spoilers say his plan is a classic Cassadine scheme, but it might work out. Nina Clay (Michelle Stafford) resorts to blackmail this week but then has second thoughts. Does Nina want to tear up her divorce papers and stand by her man Valentin Cassadine (James Patrick Stuart)?

One local that wants to change his life is Sonny Corinthos (Maurice Benard). Sonny finally sees mob life is an issue and decides he really wants out of the life. Carly Corinthos (Laura Wright) doesn’t believe he’s finally going to do it, but Sonny seems determined. He knows it won’t be easy to get out, but he makes a phone call to try and start cutting ties with the cartel.

The other guy looking to make changes to his life is Ned Ashton (Wally Kurth). Ned makes wedding plans with Olivia Falconeri (Lisa LoCicero). Ned pulls Dillon Quartermaine (Robert Palmer Watkins) in for a chat and seems that Ned will ask his little brother to be his best man. Scott might not have a job soon when Julian Jerome (William deVry) rethinks his defense. 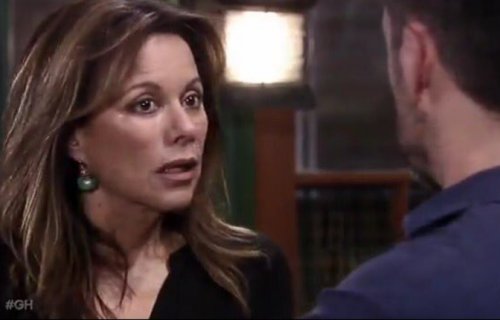 Julian pleads his case and it might be to Alexis Davis (Nancy Lee Grahn). Alexis got Julian visitation with little Leo, so just imagine what she could do with his criminal case. Josslyn Jacks (Eden McCoy) is in big trouble for the party she threw and lies to Bobbie Spencer (Jacklyn Zeman) to try and cover up her misdeeds.

All this and more next week on GH for episodes from Monday, June 26 thru Friday, June 30. Share your comments below and tune into CDL often for the latest General Hospital spoilers, news and updates.