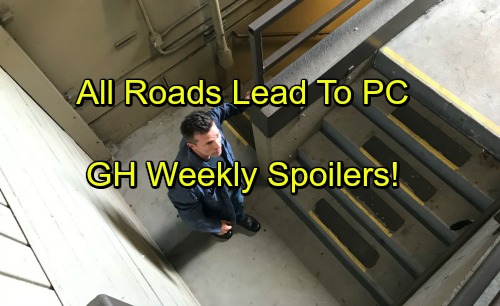 General Hospital (GH) spoilers for the week of October 2-6 tease that some hot drama is coming up. For starters, Patient Six (Steve Burton) will be on his own in St. Petersburg. He won’t have Ava (Maura West) around to pitch in anymore, but he’ll find someone else to help him out.

Unfortunately, Ava will be on her own as well. She’s been a little creeped out since she arrived at the clinic, but she’s about to be truly terrified. General Hospital spoilers reveal that Ava will find herself in grave danger. Dr. Klein will focus on finding Patient Six first, but he’ll promise that Ava will get what she has coming.

When Patient Six gets a chance to use a phone, he’ll choose to call someone that’s not Sonny (Maurice Benard). Valentin (James Patrick Stuart) will be on the receiving end of a strange phone call this week, so it’s possible those GH spoilers are linked. Once Valentin gets some big news, he’ll tell Nina (Michelle Stafford) that he has to head off on a trip. 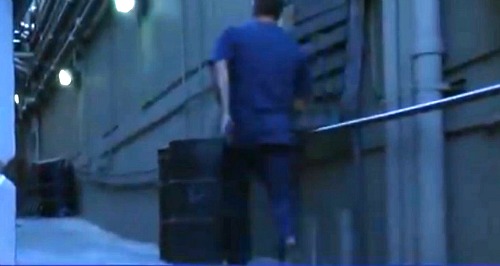 Nina will also get an expensive gift, so maybe that’ll be Valentin’s way of making it up to her. Meanwhile, Nelle (Chloe Lanier) will feel like she’s been backed into a corner. After Michael (Chad Duell) blasts her for lying, Nelle will be forced to explain herself.

Did Nelle really deceive Michael or was she telling the truth about misplacing the ring? General Hospital spoilers say Michael will have to make a decision about their future together. In Monaco, Anna (Finola Hughes) will believe her plan is moving along just fine. She’ll drop her guard and that could prove to be a huge mistake.

GH spoilers indicate that Finn (Michael Easton) will be furious over Anna’s lapse in judgment. He’ll think this whole scheme is going to blow up in their faces. Amy (Risa Dorken) will have similar fears back in Port Charles. She’ll worry that everyone will find out Nathan (Ryan Paevey) isn’t the real advice giver.

Maxie (Kristen Storms) will connect with Amy as they work through all the Man Landers mayhem. Across town, Josslyn (Eden McCoy) will also try to help someone in need. She’ll offer to assist a loved one, but trouble is brewing. Oscar’s (Garren Stitt) secrets will cause chaos for Joss sooner or later.

Other General Hospital spoilers say one of Nikolas’ (Tyler Christopher) old adversaries will appear. Since all roads lead to the Jason saga these days, it seems likely this will tie in with Patient Six and Valentin’s potential involvement.

It sounds like some shockers are in store. We’ll give you updates as other GH details emerge. Stay tuned to the ABC soap and don’t forget to check CDL often for the latest General Hospital spoilers, updates and news.