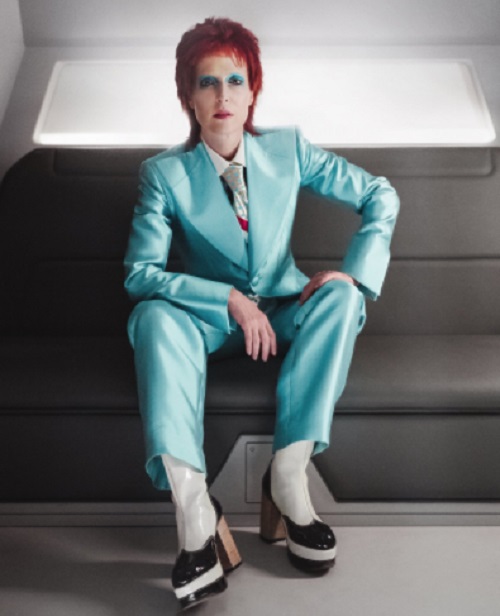 Gillian Anderson is transforming herself into David Bowie’s “Ziggy Stardust” for the popular new series American Gods. Photos of the actress channeling the late musician surfaced on Friday, May 26. If you glance at the image, you would think that it’s Gillian Anderson herself. American Gods is based on the book of the same name. The Starz series is about a mythological world that includes deities from several cultures – African, Egyptian, Greek, and Norse.

These mythological creatures have diminished overtime since the prominence of other faiths in culture. They even find themselves replaced by new gods, each of them representing today’s events in American culture. Gillian Anderson is the next actress to star on the series. She will play the character of “New God Media.” Media is the personification of modern entertainment, specifically television. That’s a perfect role for Gillian Anderson since she’s known for the popular X FILES series from the 90s.

When she meets face-to-face with protagonist Shadow Moon, she first transforms into Lucy Ricardo from the classic TV show I Love Lucy. She offers to go topless for main character Shadow Moon.

In a new clip, however, she transforms into Ziggy Stardust, the bisexual glam rocker that was conceived by David Bowie, reports Gizmodo. The musician first introduced Ziggy Stardust from his 1972 album, The Rise and Fall of Ziggy Stardust and the Spiders from Mars. The character was used to spread the message of peace, love, and acceptance when humanity was on the brink of extinction. 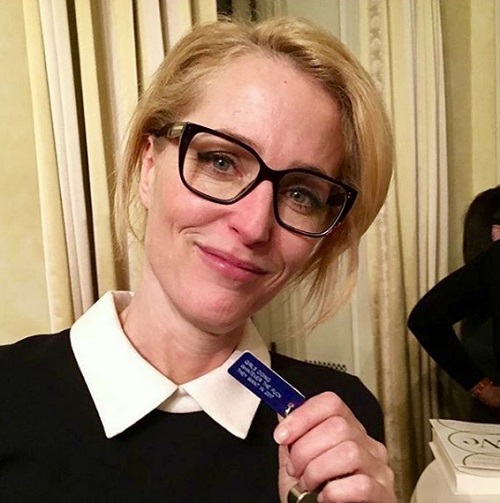 Gillian Anderson’s character will perfectly portray Ziggy Stardust in the upcoming episode. It’s a message that’s much needed in the current political climate. In the photo, Gillian Anderson is transformed by wearing flaming red hair and a light blue satin two-piece suit.

Of course, she wears the rockers signature neon makeup and glittering platform shoes. In the latest clip that surfaced today, Media tells Technical Boy that he must do right by Mr. World.

David Bowie sadly left in January 2016 after his battle with liver cancer. But, his legacy continues to live on in several ways. Gillian Anderson hopes that she can play homage to the legendary musician. Gillian Anderson’s episode will air on Sunday night’s show titled “Lemon Scented You.” It’s also been hinted that she will play Marilyn Monroe and Judy Garland as well in the episode, according to Daily Mail. 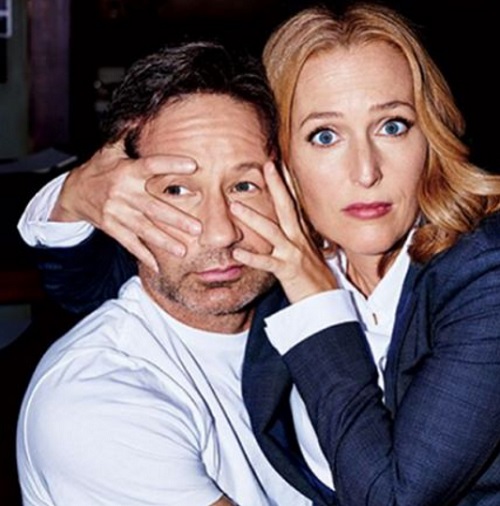 Sound off below in the comments section and check back with CDL for more Gillian Anderson news and updates here.

Gillian Anderson on #AmericanGods!!! When I tell you I screamed…. pic.twitter.com/4St60vPDTm