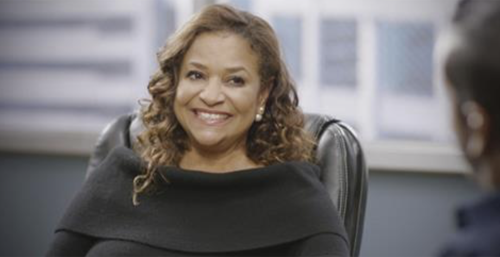 Tonight on ABC their hit drama Grey’s Anatomy returns with all-new Thursday, November 16, 2017, season 14 episode 8 and we have your Grey’s Anatomy recap below. On tonight’s Grey’s Anatomy season 14 episode 8 called “Out of Nowhere” as per the ABC synopsis, “A hacker compromises the hospital’s computer system, causing monitors, phones, labs and patient files to all go down. As technology fails them, chaos erupts and the doctors are forced to get creative in their methods to treat the patients.”

The latest interns were causing all sorts of problems. There had been a young woman that DeLuca had once been involved with and two had at first said they were going to stay out of each other’s way yet they soon fell back into old patterns and began hooking up. But no matter what they did or who they did before they got to the hospital, they were all treated fairly because Jo was now the Chief Resident. She had been scared of taking the job and had realized in the end that she could just do her best like Bailey once.

But that meant Jo was coming down hard on the interns. She didn’t want them sucking up to the attendees or embarrassing her. So she tried to put the right intern with the right doctor, but Meredith had unfortunately decided to choose an intern for herself. She had chosen Schmidt to follow her because he had been one of the few people that hadn’t harped on and on about her winning the Harper Avery Award. And so that’s why she chose the one intern that had dropped his glasses on someone during surgery.

So Meredith tried to work with him and be patient. But he was as much annoying as all the other interns because they were babies. They didn’t want to do or where to go. Therefore, they hadn’t reacted well when all the monitors started to haywire. The monitors had first started to list some people as flat-lining and then it had to stop people from accessing crucial medical files yet an intern had caused some panic when she tried to start up a living person’s heart again when he had merely been asleep. And things got worse from there.

The monitors eventually stopped glitching to reveal that someone had hacked the system and that they were demanding a ransom if Grey Sloan wanted their hospital back. But Bailey had decided to remain calm and she was telling the others not to worry their patients while they try to figure things out when suddenly the FBI came busting in. They had found out about the situation and had demanded that everyone step away from the computers while they handled the mess. So the FBI were given space to work in part of the hospital and in the meantime, the doctors went old school.

The doctors had been given the paper charts and Webber asked everyone to use that until things were fixed. But April had made a crack about because she said they had returned to the Stone Age. So all hands were on deck for this one and Carina had even been pulled away from her research because the hospital needed an OBGYN and Arizona wasn’t that anymore. And so Arizona thought she wouldn’t be the page for that and had been surprised when Carina ended up paging her because she had upset the patient.

Carina had suggested to the pregnant woman that she could stimulate her own orgasm to help with the pain. But that hadn’t worked so well on this one and so Carina wisely asked Arizona to talk to the patient because she believed Arizona to be the kindest person she knows. So Arizona had stepped in calm down a patient and everyone else tried to create new records. They had to ask patients what they came in for and if they had seen a doctor, but Alex had a kindergartener for a patient that just remembered watching a tv show when someone ran tests on him. And so rebuilding the network hadn’t been foolproof.

Webber, though, was a true star during the crisis. He taught some of the interns and also the attendees how to do something without technology or access to the right meds. But he basically taught everyone how he had been taught and that forced them to realize that there was always another way of doing things. So the hospital eventually found their groove and everyone was doing their best to work through the crisis while Bailey tried to handle the cyber-attack. She had initially wanted to pay off the ransom because she thought five thousand in bitcoin was the same as case and so it had come as a surprise to her when she found out that would roughly be twenty million dollars.

The hospital didn’t have that type of money. But Bailey figured she could ask Jackson for the money and he had been willing to pay. So the only ones that didn’t want Bailey to pay the ransom were the FBI. The feds told her that she couldn’t pay off the hacker because that would be sending a message to everyone out there looking for an easy payday. And so she couldn’t risk other hospitals getting hacked as well however the hack got worse as the day went on. The hacker also locked everyone out from accessing blood and that meant the patients had to be evacuated.

Meredith had gotten Schmidt to give up his own blood to keep the patient alive and so he actually did come in handy. Except others chose differently. Jackson and Maggie had to transfer their patient to another hospital and the patient’s IV had come out. So they had been covered in blood and unable to see anything when his phone went off. Bailey had finally put her foot down with the feds and she was going to pay the ransom, but she couldn’t reach Jackson and so more mistakes were made. Alex’s patient had needed something to make him feel better and so Alex decided to take the risk of injecting him with a drug he wasn’t sure would combat whatever he took earlier.

But Jo had found the other doctor and had realized that the patient couldn’t take that drug and so she was racing to stop Alex when she ran into her abusive husband.