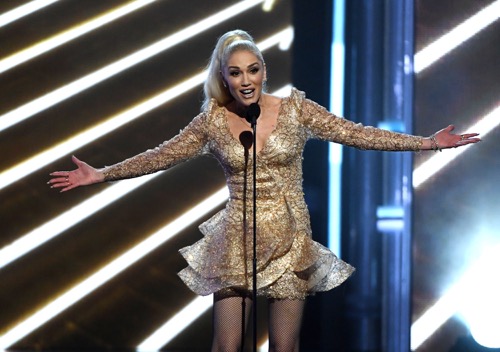 Gwen Stefani’s relationship with Blake Shelton is reportedly in trouble as Gwen allegedly considers ‘jumping ship’ from The Voice to American Idol, as she’s being courted to join the latter.

Gwen Stefani is one of the biggest musicians on the planet, and as such, her hosting talents are massively in demand, especially among the reality show circuit. Although she met her current boyfriend, Blake Shelton, on The Voice, and has also developed a strong following via that show, sources tell In Touch Weekly that Stefani is being heavily courted by the producers of American Idol.

We already know that Gwen is taking a break from hosting the Voice this upcoming season, with Jennifer Hudson replacing her during that cycle. And when asked about the possibility of joining ABC’s American Idol, Gwen replied (via E! News) with, “You never know what could happen. You just never know.” However, she also joked that ABC spent all their money on their offer to Katy Perry to host, adding that she doesn’t think there’s any left for her. She’s quoted as saying, “I think she (Katy Perry) got all the money. I think there’s no more left.” 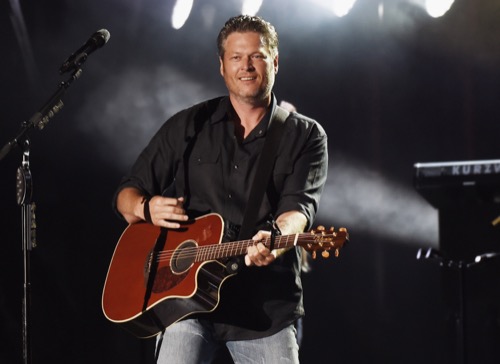 All said and done, many celebrities have laughed off such rumors before giving in and accepting the offers, especially when they’re in the ballpark of 25 million dollars or higher (which is the figure reportedly offered to Katy Perry). Gwen Stefani already has experience hosting reality shows, and now we know that she’s not ruling out joining American Idol in the future. What does this mean for her relationship with Blake Shelton?

Well, In Touch‘s sources add that their relationship has stalled recently, with all the talk of marriage and more kids getting thrown under the rug. Sources state that although the two are still putting on a strong front on-air, they’re secretly miserable off-air, explaining, “Gwen and Blake began to argue more. Then she started to realize they’re just too different to spend the rest of their lives together.”

This could be one of the reasons that Gwen decided to take a break from The Voice, especially if she and Blake are starting to clash on a regular basis. If their relationship problems continue, it’s very possibly – and in fact, probable – that Gwen does jump ship from The Voice to American Idol, both in order to get away from a troubled relationship and to start fresh with a new show (and more money). That might spell the death knell of her relationship to Blake Shelton, but from all the rumors and reports, it seems like that’s about to happen anyway.

What do you guys think? Do you believe that Gwen Stefani and Blake Shelton are having issues in their relationship, and do you think that’s one of the reasons Gwen is taking a break from The Voice? Do you believe that due to these relationship problems – or perhaps in spite of – Gwen will leave The Voice to star on ABC’s American Idol, especially if they give her a strong offer? Let us know your thoughts in the comments below.