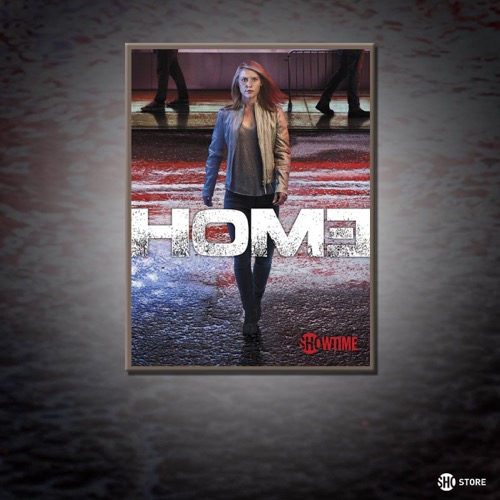 Tonight on Showtime their Emmy Award-winning drama series, Homeland airs with an all new Sunday, February 26, 2017, season 6 episode 6 called “Casus Belli,” and we have your weekly Homeland recap below.  On tonight’s Homeland Season 6 episode 6 as per the Showtime synopsis, “Carrie (Claire Danes) follows a lead; Saul meets an old friend; Keane takes a stand.”

Tonight’s episode of Homeland kicks off with Carrie sitting at the police station, she has been there all night trying to see Peter Quinn. After the cops left, Carrie discovered Quinn’s phone and realized he was right all along about someone watching Carrie’s house from across the street, and whoever it was also was involved with the bombing of Sekou’s truck.

Carrie is furious when the cop at the front desk finally informs her after hours that she can’t see Quinn, he was taken to the mental hospital, and she can’t see him for 72 hours.

Meanwhile, President-Elect Keen is still being held at the safe house in the middle of nowhere, and it is starting to look like the reason she is sequestered has nothing to do with her safety. The President is in Manhattan giving a speech, its clear that there isn’t an imminent danger. Keene demands to speak to her Chief Of Staff, Rob.

Carrie tracks down FBI Agent Conlin, and he’s not thrilled to see her. He blames Carrie for the explosion since she is the one who freed Sekou. Carrie tries to show him the pictures of the mystery man on Quinn’s phone, but Conlin isn’t buying her theory.

Saul heads to the office, and asks assistant Mercedes if she got the file he requested on Tovah Rivlin. Mercedes admits she conveniently forgot to put the request in for the file, apologizes profusely, and reassures Saul he will have it soon. Saul can tell that Mercedes is giving him the run around, he snoops around and learns that Tovah has a strict no-surveillance-order on her, she’s “off the leash.”

Conlin has a visitor at the FBI office, it’s his undercover agent that ratted out Sekou. There’s some serious bad blood between them. Conlin is still furious that he burned his cover. He shows the informant a photo of Quinn’s mystery man, but he has never seen him before. The informant thinks he “looks like government.”

Saul has a secret meeting with Viktor. He tells Viktor that he needs all the info he can find on Mossad Agent Tovan Rivlin. Viktor is obviously suspicious, but reluctantly agrees.

Carrie gets home late with her daughter Frannie, and is surprised to see Conlin waiting at her doorstep to talk to her. Conlin reveals that he met with Saad, and Carrie might be right after all, the man in the photo might be responsible for the bombing.

At the safehouse, the security officer informs Keene that Rob hasn’t arrived, and they got word that he is “held up.” Keene is obviously suspicious, it’s almost like she’s being held hostage in the house.
Conline calls in a favor so in the morning Carrie can get in to see Quinn at the mental hospital. When she arrives, Quinn is lying in a room without even a bed and covered in bruises and cuts – it looks like he took a beating from the NYPD.

Carrie tries to talk to Quinn, but his PTSD is in full-swing and he’s clearly traumatized from the events that transpired. All Quinn wants to talk about is how he protected Franny for Carrie, and she turned on him. Carrie reassures Quinn that she never tried to hurt him, then Quinn begins screaming that Carrie is working with “them”, he bites her, and calls for a guard.

Meanwhile, Conlin is trying to tracks down the man in the photo’s car – according to the license plate numbers, it’s registered to a shell company. Conlin heads out in the middle of nowhere to the company’s address – it’s a bizarre business, the office is full of men in suits applying for a job. Conlin lies to the secretary and says he is tracking down the car and works for an insurance company.

Conlin blends in with the man that are applying for a job at the strange building, which has ridiculous security. A woman escorts the applicants downstairs, and Conlin slips away from the group to snoop around. He stumbles across a room in the basement that is in the process of being remodeled and is full of computers, it’s not long before the guards escort him out, and no one will give him any information about the organization or what they do there.

Conlin calls Carrie, hoping she had better luck with Quinn. Conlin says they need to discuss the place he found in person and texts her an address.

Rob finally shows up at the safe house, apparently, Keene used one of the guard’s phones and sent Rob an email with the address. The guards won’t let Rob through the gates, and are upset that he even showed up.

Viktor meets up with Saul a few days later, Viktor says he found something interesting on Tovah. Viktor shows Saul photos of Tovah having a secret meeting with Dar behind his back.

After searching Rob and his care for what seems like forever, the guards finally let Rob in to the safe house to see Keene – but she’s gone. Apparently, while Rob was distracting the guards, Keene made a run for it and had an elderly woman from a nearby farm drive her back to NYC.

Carrie heads to Conlin’s house to meet up with him, and something is not right. She heads upstairs and finds Conlin shot to death. The killer is still in the house. Carrie hides behind a door, and gets a glimpse of the shooter before she makes a run for it – it’s the mystery man from Quinn’s photos.

Carrie picks Franny up from school and is relieved that she’s okay – it’s clear that Carrie and her daughter are in serious danger. Max comes over to sleep on the couch and keep an eye on them, and promises to install a new security camera and system first thing in the morning.

Tonight’s episode of Homeland ends with two men injecting Quinn with a sedative in the hospital, gagging him, and sneaking him out a gurney and in to the back of a van in the middle of the night.