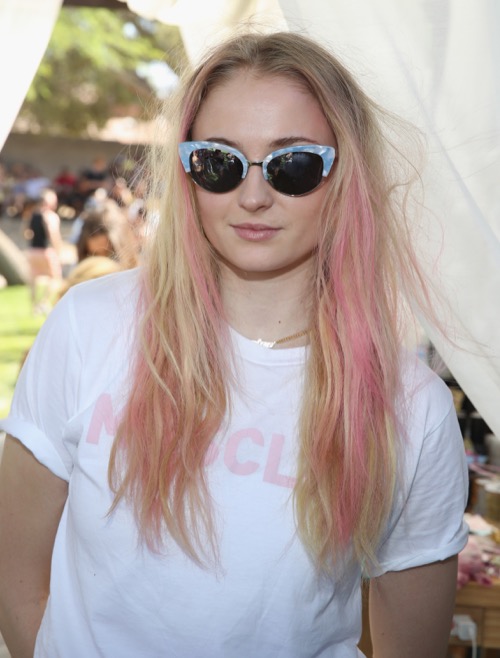 Game of Thrones star Sophie Turner claims she’s in a “very private” relationship with Joe Jonas. That hasn’t stopped the couple from calling the paparazzi so they could get their photos snapped at every possible moment. That also hasn’t stopped Sophie Turner from talking about her boyfriend in her latest interview. She said that she wants to continue to keep their relationship out of the spotlight. But, they’re still snapped at any chance they get. She also doesn’t mind showing up in some of his social media accounts.

Sophie Turner sat down for an interview with the UK’s Sunday Times. She insisted that she was in a “very private relationship” with the DNCE front man. The two have been linked since October or November of 2016. The timeline is a little shaky. Sophie Turner and Joe Jonas first made headlines when they were spotted getting cozy at the pre-MTV Europe Music Awards King of Leon concert in Rotterdam, Netherlands. The couple also spent Halloween and Thanksgiving together, but fans didn’t find that out until later that year.

Sophie Turner and Joe Jonas seem to be fond of the paparazzi. But, the actress claims that she doesn’t like being caught kissing the former Jonas brother. She says that she has to “isolate myself for a while.” She sometimes has to shut herself out from her friends and family so she can avoid the spotlight. She did learn that dating Joe Jonas helped her normalize her life, which has changed since her teen years on Game of Thrones. Not sure how it’s “normalized” her life if she has to hide from the paparazzi from time to time.

Sophie Turner also talked about the intimate parts of her relationship with Joe Jonas. She was only 12 years old when she auditioned for Game of Thrones. She was 15 when it first aired on HBO. She claims that the graphic and violent sexual scenes taught her everything she knows about sex. Sophie Turner claims she was “naïve” when she shot some of those graphic scenes herself. She wasn’t aware that her character, Sansa, was being sexually assaulted by her husband in season five.

She later thought the scene shouldn’t have been filmed at all. But later, she changed her mind. She believes that these are the things that people need to see on television. Do you agree with Sophie Turner? What are your thoughts on her relationship with Joe Jonas? Sound off below in the comments section.