Jada Pinkett Smith Hurt By Tupac Biopic ‘All Eyez On Me’ Portrayal: Claims Not All Scenes True 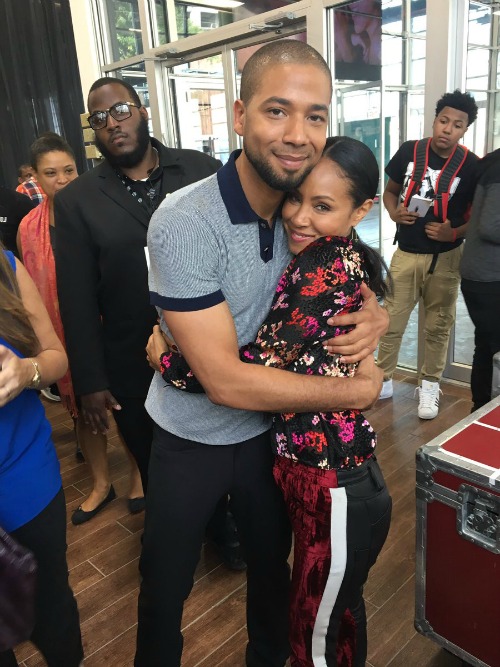 Jada Pinkett Smith says that she is deeply hurt by her portrayal in the new Tupac biopic, ‘All Eyez On Me.’ The film is about the life and legacy of Tupac Shakur, including his rise to stardom along with his imprisonment and history with Death Row Records. Jada claims that the film contains many inaccuracies about her platonic relationship with Tupac and why he left Los Angeles.

Jada Pinkett Smith took to her Twitter account to slam the film, saying that she never knew about the poem that Tupac allegedly wrote for her called, “The Rose That Grew From Concrete.” She says that she didn’t know about the poem until it was published in his book and that she never attended any of his shows at his request. What’s more, she also says that there was no backstage argument between them, either. 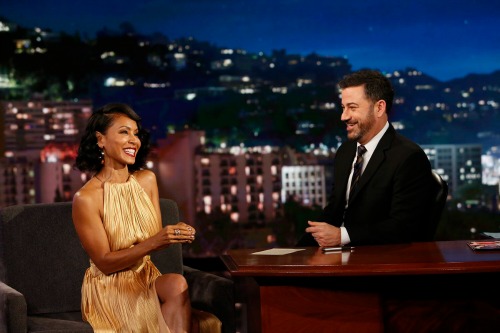 Jada told her social media followers, “Pac never said goodbye to me before leaving for LA. He had to leave abruptly and it wasn’t to pursue his career … I’ve never been to any of Pac’s shows by his request. We never had an argument backstage. The reimagining of my relationship to Pac has been deeply hurtful.”

Tupac was shot in a drive-by shooting in Las Vegas, Nevada back in 1996. He was taken to the University Medical Center of Southern Nevada and died six days later from his injuries. He was considered one of the most talented rappers and actors of his time, selling over 75 million records worldwide.

What’s more, Jada Pinkett Smith made a point to say that she didn’t want to place any of her blame on actress Kat Graham, who plays her in the biopic, or actor Demetrius Shipp Jr., who plays Tupac.

Yet, producer LT Hutton responded to Jada’s comments by saying that he was deeply hurt by what she said because according to him, the movie was rooted in “the truth.” He also said that some of the scenes might have been dramatized to show things from Tupac’s perspective but that he also stands by his film.

Meanwhile, both Sean Combs and Suge Knight gave blessings to the film and praised their portrayals. Critics for the most part have given the film mixed and average reviews. ‘All Eyez On Me’ is currently playing in theaters nationwide. In the meantime, don’t forget to check back with CDL for all the latest news on Jada Pinkett Smith right here.

Forgive me… my relationship to Pac is too precious to me for the scenes in All Eyez On Me to stand as truth.