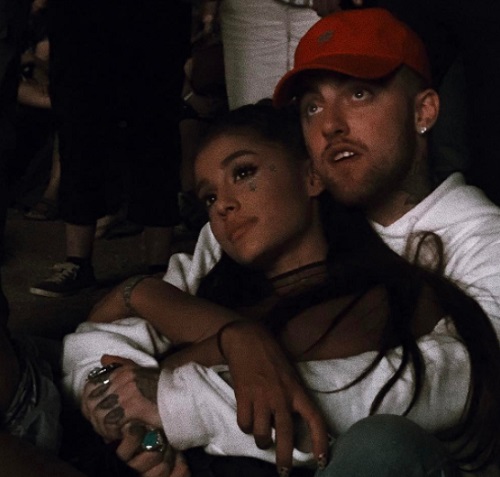 Ariana Grande might be engaged to Mac Miller. Fans are losing their minds over a photo that the singer posted to her social media account. All the attention has been on Ariana Grande’s One Love Manchester Benefit Concert. So, it’s easy for people to not notice what’s going on with her relationship with Mac Miller. Though the two have been dating for less than a year, it appears that something serious is going on between them.

The star-studded event helped raise $3 million for the victims of the May 22 terror attack in Manchester, England. During the concert, fans couldn’t help but notice that enormous ring on Ariana Grande’s finger. As seen in some of the photos and clips taken that night, she was obviously moved to tears. It was the first time that fans ever seen Grande this emotional in all her career.

But, some fans have been noticing more about the diamond ring on the singer’s finger. She went public with her relationship with rapper Mac Miller last September. However, the couple has been linked ever since July. 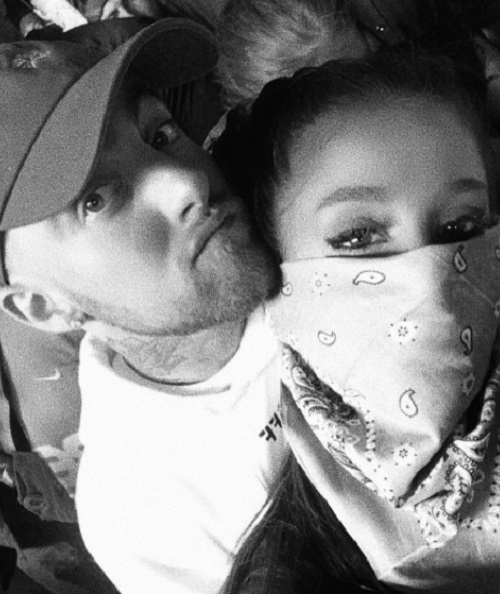 Earlier this year, the engagement rumors started circulating when Ariana Grande was getting ready for her Dangerous Woman world tour. She posted a photo of herself sitting on the floor in a black leotard, black tights, and matching pumps. Fans couldn’t help but noticed the new jewelry that she was rocking on her left hand. During Sunday’s show, she wore a ring on that finger.

Mac Miller and Ariana Grande even performed together at the event. They didn’t hold back when it came to expressing their love for one another onstage. In the April 2017 issue of Cosmopolitan, Grande said that she’s been friends with the rapper for a while now. The two obviously grew closer together, which led them to date. Grande clearly loves that she has fallen in love with her best friend.

Mac Miller is obviously supportive of Ariana Grande. Right after the terror attack at her concert on May 22, he cancelled his upcoming performances and immediately flew down to be by Ariana’s side when she was back home in Florida. Sources close to Ariana said that the trauma from the brutal attack has brought them closer together. He’s everything that she needs right now in this world of uncertainly. 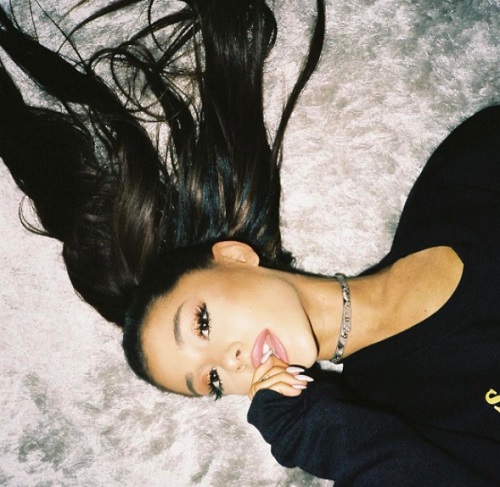 Rumors have indicated that marriage has been on Ariana Grande’s mind for quite some time now. She may be looking forward to settling down shortly after her Dangerous Woman tour wraps up. Grande and Mac Miller have already discussed the possibility of getting married. They talk about it so much that their friends are sick of hearing about it.

It may take some time before fans find out if Ariana Grande is engaged. She didn’t like being asked about her relationship when they started dating. And it seems like she still holds back in interviews. What are your thoughts, CDL readers? Do you think Grande is secretly engaged to Mac Miller? Sound off below in the comments section and check back with CDL for more Ariana Grande news and updates.