Is Katy Perry Using Robert Pattinson To Break Into Acting? 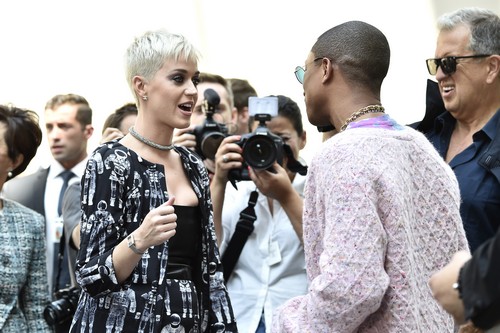 Katy Perry and Robert Pattinson have a long history together, but recent sightings and rumors surrounding the two have led credence to the claim that Katy has been using Robert to break into acting – you know, since she can’t quite manage to do it herself.

If you follow Katy Perry’s acting trajectory, you’re able to easily track her acting ‘career’ as a series of guest spots on television shows, followed by voice work in The Smurfs, as well as playing herself in Zoolander 2. Not exactly setting the acting world on fire, is she?

When you consider the fact that even Katy’s arch-nemesis Taylor Swift has had a more successful acting run, it’s easy to see why Katy would do anything in her power to break into acting – even if it meant pretend-dating one of her oldest friends, and making sure the tabloids heard about it. 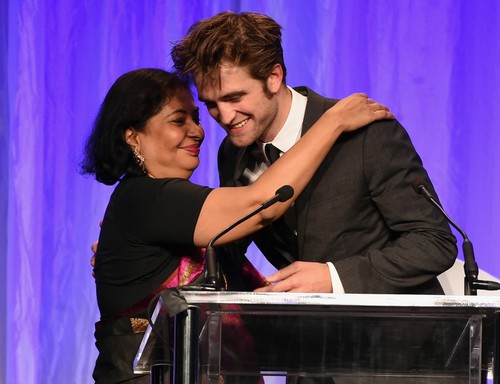 Both Katy Perry and Robert Pattinson came into the spotlight around the same time, right around the time that the hype for the first Twilight film was building. Both stayed friends throughout the years, fending off dating rumors and flirting rumors and hooking up rumors, stating over and over again that they were just friends. However, inside sources at the time stated that in between relationships, Katy Perry and Robert Pattinson very well could have been hooking up, despite the vehement denials from their teams.

Of course, they have both had their own dating drama throughout the years as well, but it seemed that all was well in the world when Rob finally settled down with FKA Twigs. However, recent reports have once again suggested that Rob’s relationship with FKA Twigs could be in trouble, which is why tabloids jumped to conclusions when Rob was spotted out with Katy recently, suggesting that the two were hooking up – despite Rob recently (and publicly) stating that he was still ‘sort of’ engaged to FKA Twigs.

But alas, we have an alternative suggestion – not that Katy Perry is dating Robert Pattinson or hooking up with him, but that she’s using him to break into the acting world. Despite Rob’s personal setbacks, he has continued to rise in the acting world, and his recent movies have given him the sort of street cred that he could only dream of post-Twilight.

When you consider that acting street cred as being one of the things that Katy Perry is so desperately seeking, it’s not difficult to put two and two together. Besides, it’s not like this is the first time that Robert Pattinson has been used; his own ‘sort of’ fiance, FKA Twigs, has long been rumored to be using him for fame and attention, and you only have to look at her career to see that nobody was even talking about FKA Twigs before she began dating Robert Pattinson.

Alas, we’ll have to wait and see whether Katy Perry’s strategy is actually effective, much as FKA Twigs’ strategy was. Katy may be using Robert Pattinson to gain a foothold into an acting career, but at the end of the day, talent trumps all – and given Katy’s own lack of success at said acting career, we wouldn’t hold our breath to see Katy Perry winning an Oscar anytime soon.

What do you guys think? Is Katy Perry using Robert Pattinson to break into the acting world, and purposefully being seen with him and/or encouraging the dating rumors to do so? Let us know your thoughts in the comments below.