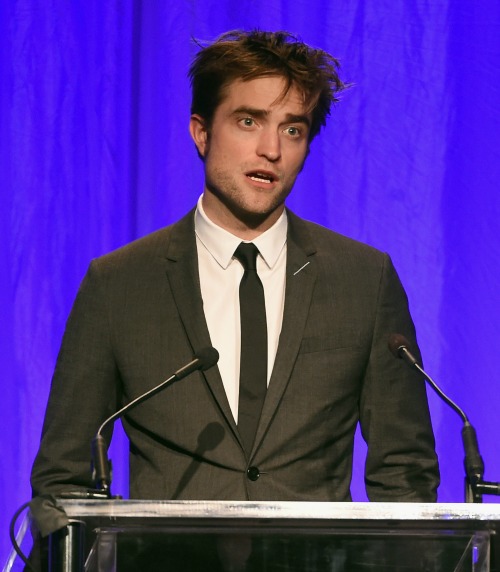 According to TMZ, eyewitnesses say Rob and Katy having dinner together at The Sunset Tower in West Hollywood. At first they were dining with a group of friends but kept the party going after their crowd left the restaurant.

Many believe that Rob and Katy are dating and apparently trying to hide their romance by keeping it under the radar. What’s more, many outlets reported that Katy and Rob allegedly started dating right after she broke up with Orlando Bloom earlier this year.

The problem for Rob though is that he’s supposedly engaged to FKA Twigs. He was even seen taking her dog out for a walk in the Hollywood Hills earlier this month. But at the same time, he refuses to confirm or deny reports that they are together. In fact, he’s been suspiciously very quiet about their relationship altogether, leading many to believe that there might be trouble between them.

With that being said, there’s a good possibility that Rob might have moved on with Katy. Sure, Katy Perry and Robert Pattinson want the world to think that they are nothing more than just best friends, but their body language tells a completely different story. For one, Katy is sitting right next to Rob in his booth. She’s leaning in to him while Rob is leaning in her direction as well. They both look like they are rather engaged in their conversation and very comfortable with one another, too.

If that weren’t enough, Rob hasn’t been seen with his fiancé FKA Twigs in weeks. In fact, Rob and FKA Twigs have never been seen having a date night out like this before. Many of Robert Pattinson’s fans have also noticed that while he and FKA are supposedly still engaged, the couple is yet to make any wedding plans or set a date.

Of course, Rob is yet to make any comments about his date with Katy or his future with FKA Twigs for that matter. In the meantime, don’t forget to check back with CDL for all the latest news and updates on Katy Perry and Robert Pattinson along with all of your favorite celebs right here!