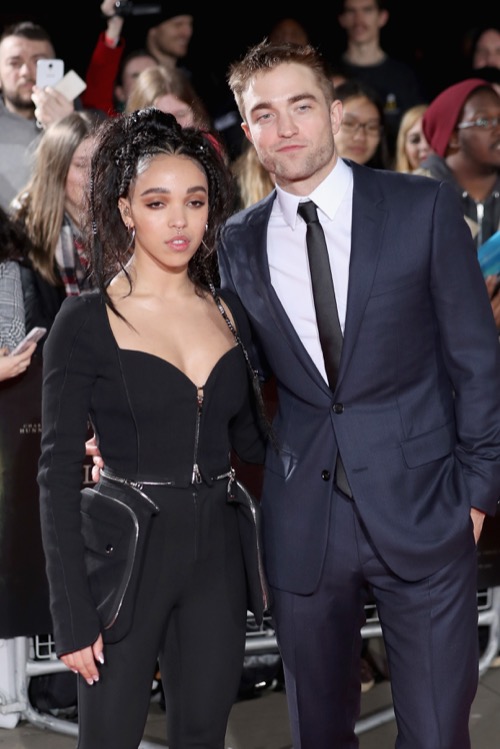 Robert Pattinson hinted strongly at some relationship trouble with his maybe-fiance FKA Twigs in a recent interview with Howard Stern. According to the interview, Pattinson claimed that he was ‘kind of’ engaged to FKA Twigs, suggesting that there’s possibly some trouble in paradise for the couple.

To be fair, Robert Pattinson has always been somewhat coy about his private life, ever since the intense scrutiny cast on his relationship with Kristen Stewart back during the height of his Twilight fame. That whole ordeal seems to have marred his view of sharing his personal life with the public, especially if his recent comments are any indication.

In the interview with Stern, Rob was asked about confirming his engagement to FKA Twigs, who he’s been dating for almost three years now. His reply? “Kind of.” Howard Stern responded incredulously, stating, “Kind of?! Wait ’til she hears this! You’re one of those secretive guys with the relationships.”

And for once, Howard Stern is right on the money. FKA Twigs will likely be upset to hear that her boyfriend of three years and rumored fiance won’t even confirm their engagement, all because he claims to want privacy. At a certain point, it only fuels the rumors that there’s something amiss in the relationship, because responding ‘kind of’ invites more questions than a simple ‘yes, we’re engaged’ would have.

But of course, Rob continues to claim that his experience with Twilight tarnished his ability to communicate with the press about his private life, but again, his response seems to hint more at trouble in the relationship than his own coyness at wanting to answer the question.

What do you guys think? Are Robert Pattinson and FKA Twigs having relationship trouble, or was Rob just trying to avoid answering the question? Let us know your thoughts in the comments below.