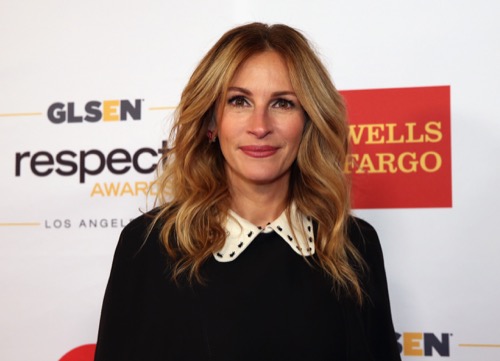 There’s a new report that suggests Julia Roberts might be finding comfort in the arms of her former co-star, Richard Gere. Apparently, their on-screen chemistry is just as hot off screen, too. The celebrity mother-of-three has allegedly been spending a lot of time with her Pretty Woman co-star while her marriage to Danny Moder is continuing to fall apart.

Eyewitnesses say that Julia Roberts and Richard Gere have been seen together on a few occasions. And apparently, sparks are flying between them, too.

One source close to the situation even dished to Star Magazine, “They’ve met numerous times in L.A. for discreet dinner dates. They’ll book a quiet table at the back of the restaurant, sometimes even a private room, where they’ll be left uninterrupted and can even stay past closing hours. It’s reached the point where their attraction toward each other is blatantly obvious to everyone around them. A lot of people think they’d be better off going public with their relationship instead of tiptoeing around. It’s almost like Julia and Richard are destined to be together!”

To make matters worse, Julia has not been spotted with her husband Danny Moder in several long months. She’s made quite a few red carpet appearances on her own and refuses to talk about her marriage.

Then again, the only two people who really know what’s going on are Julia Roberts and Richard Gere themselves. While there’s no doubt that the pair have always been good friends, they might simply be using each other as a shoulder to cry on. After all, Richard himself went through a nasty divorce with his ex, actress Carey Lowell back in 2016. With both Julia and Richard going through rocky times right now, it’s no wonder that they are learning towards each other for support.

Julia and Richard just also happen to be very attractive Hollywood stars who were also in one of the biggest blockbuster movies the entertainment industry has even seen. Of course, Julia Roberts herself is yet to make any comments about her marital problems with Danny Moder. But if the pair continue to live separate lives, Julia will have to say something sooner or later, whether she likes it or not. She won’t be able to hide the truth for very much longer.

In the meantime, don’t forget to check back with CDL for all the latest news on Julia Roberts and all of your favorite celebrities right here.