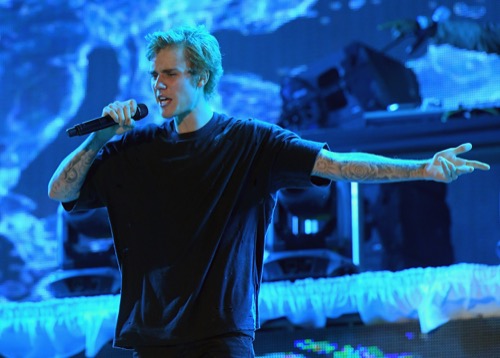 Justin Bieber has cancelled the rest of his hugely successful, “Purpose World Tour”, and now it is being reported that the reason he has decided to cancel his remaining concerts is because he wants to rededicate his life to Christianity and some sources are even claiming that the singer wants to quit music to start his own church.

After the announcement that Justin Bieber would no longer continue his tour, his representatives released a statement that read, “Justin loves his fans and hates to disappoint them. He thanks his fans for the incredible experience of the Purpose World Tour over the last 18 months.” Justin then released his own statement, saying, “I love you guys, I think you guys are awesome. Sorry for anyone who feels disappointed or betrayed, it’s not in my heart or anything, and have a blessed day.”

Justin Bieber may not want his fans to feel betrayed or disappointment, but they do, and it’s not just the fans who are angry with the singer. Over 200 crew members will be losing their job thanks to Justin’s decision to walk away from the remainder of his concerts.

It’s not just Justin’s decision to cancel a world tour that has people scratching their heads. It’s the reason why he has decided to give up music. It is being reported that the singer wants to start his own church. This is shocking considering Justin has gotten into trouble in the past for his bad boy behavior ranging from egging his neighbor’s houses, walking off stage during concerts, mistreating fans, and just this past week, he was banned from performing in China due to bad behavior.

Justin is a member of the Hillsong Church and it’s pastor, Carl Lentz is a close friend of the singer. The Hillsong Church is a Los Angeles church that counts Justin Bieber as a member, but also celebrities such as, Hailee Steinfeld, Selena Gomez, and the entire Kardashian family as members. But, although Justin has attended the church for many years, it hasn’t stopped him from getting involved in one controversy after another or engaging in bad behavior.

Justin Bieber also happens to be walking away during the height of his popularity. He recently made chart history by having the #1 and #2 spot on Billboard with his hit songs, “Despocito” and “I’m the One”.