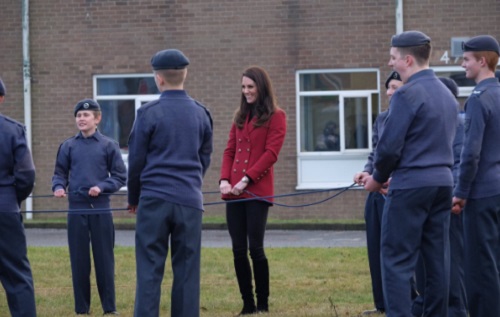 Kate Middleton’s bizarre behavior is making headlines once again, and Queen Elizabeth is not happy about it. This time the Duchess of Cambridge acted rather strangely during her visit at the RAF Wittering near Peterborough in England on Valentine’s Day. Prince William’s wife made several different faces and at one point even lifted her blazer to show off her athletic figure in front of the crowd.

Kate spent Valentine’s Day doing team building exercises and jumping games with the Air Cadet. Even though she was forced to spend the day without her husband Prince William, many eyewitnesses couldn’t help but notice that Kate didn’t look like her normal self. In fact, she was definitely more engaged, excited and full of energy. 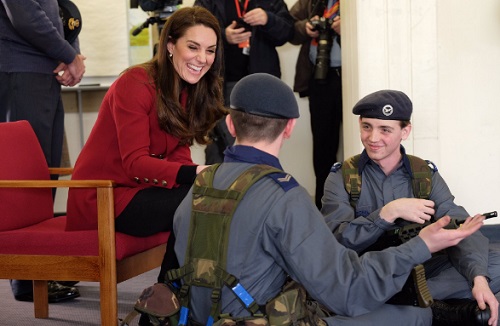 During one exercise the Duchess was photographed making funny faces. At one point during the day, she was even spotted standing rather awkwardly with her feet apart while lifting her blazer. She then placed her hands on her hips, allowing photographers to take photos of her backside. Of course, these are not the kind of photos that Kate wants to see on every gossip blog and tabloid magazine the next day.

Then again, royal observers have noticed that Kate has been acting out of character lately. Earlier this month, the Duchess urged school children to speak about their feelings and problems in an effort to help promote mental health awareness. She told them that they needed to speak up about their loneliness and despair, even though some believe that Kate might be hiding her own feelings deep inside.

Kate was close to tears during a similar speech she made at the Place2Be charity back in 2015. There are even body language experts that say Kate Middleton’s mannerisms show stress and lack of control.

What do you think of Kate Middleton’s bizarre behavior during the air cadets building exercise? Did the Duchess embarrass herself once again?  Is Queen Elizabeth going to scold her for her antics?

Let us know what you think by dropping us a line with your thoughts in our comments section below. Also, check back with CDL for all the latest news and updates on the royal family right here! 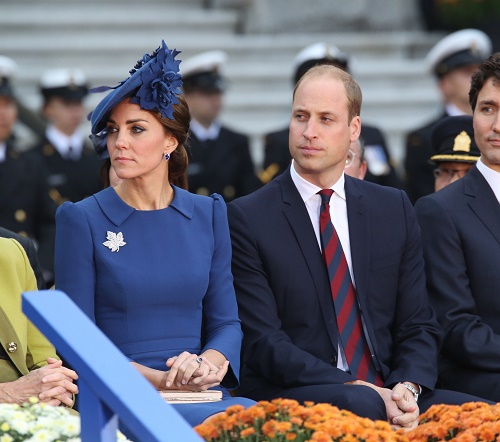 The Duchess takes to the skies for an @aircadets flight simulator training session @RAFWittering1 pic.twitter.com/3XuPHczFPi