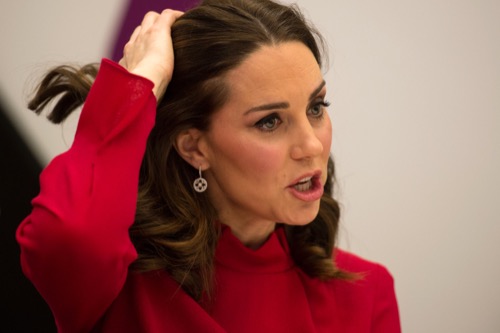 Kate Middleton has finally stepped up her royal workload, but only because she is feeling the heat from her future sister-in-law, Meghan Markle. As a matter of fact, the Duchess of Cambridge has been doing more royal engagements and public appearances ever since Meghan Markle mania has hit Great Britain.

Apparently, all of the headlines about Prince Harry and Meghan’s engagement are causing Kate Middleton to reevaluate her own personal work ethic. New reports indicate that the Duchess and her husband Prince William will be going on a royal tour of Sweden and Norway in January 2018.

Ever since Harry and Meghan began stepping out with one other, Kate has made it a point of being seen in public, too. Right after their engagement photo call earlier this month, the Duchess made a public appearance at the Children’s Global Media Summit in Manchester. She also appeared at the Royal Horticultural Society Campaign for School Gardening at a school in Kensington. 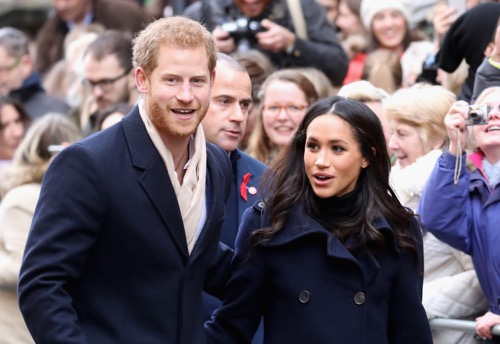 Of course, a lot of people can’t help but wonder if Kate Middleton might be feeling a bit jealous over all of the attention Meghan Markle has been getting lately. After all, royal fans are eager to know more about the Hollywood actress and exactly what kind of role she will be playing the moment she officially becomes a member of the British royal family.

For Kate Middleton, this means that she won’t have the spotlight on her anymore. She’s going to have to make room for her sister-in-law Meghan whether she wants to or not. Royal critics believe that might be the reason why Kate Middleton has been so eager to be seen in public lately. She doesn’t the media to forget about her and she certainly doesn’t want to become second page news.

But with Meghan Markle in the mix, that might happen. A lot of people believe that the Duchess will have a hard time keeping up with Meghan, especially since she’s already said that she’s quite eager to hit the ground running. Meghan won’t be wasting any time, especially when it comes to her royal charity work.

So far Kate Middleton herself has made no comments about Meghan Markle mania yet many critics believe that her actions speak louder than her words. In the meantime, don’t forget to check back with CDL for all the latest news and updates on Prince Harry and Meghan Markle’s engagement along with the rest of the royal family right here.