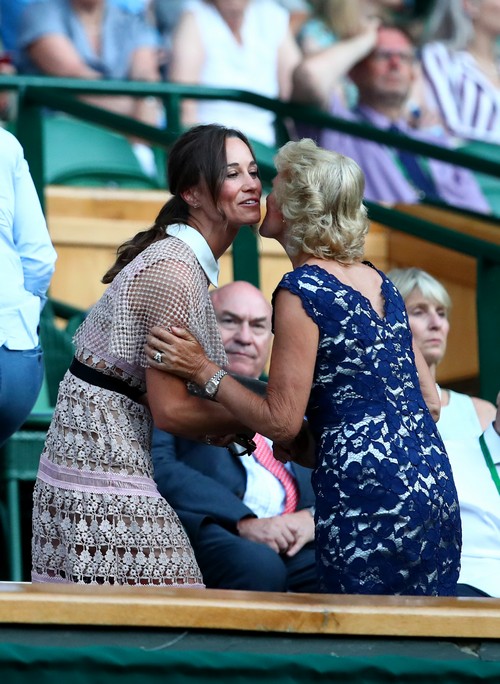 Kate Middleton is not impressed with her sister Pippa Middleton’s desperate plea for attention at Wimbledon this year. In fact, everyone couldn’t help but notice that Pippa wore a bizarre and very out-of-place dress while she attended Wimbledon with her mother on Tuesday, July 11.

Pippa dared to bare with an off-the-shoulder and very high slit mint green dress during her appearance at the tournament this year. Her critics quickly noted that the dress was very revealing and even inappropriate for a sporting event. A lot of style critics even said that Pippa’s dress looked it should have been worn at a wedding reception rather than at Wimbledon. She polished off the look with a quilted Chanel bag and nude peep-toe wedges.

Clearly, Pippa Middleton wore the dress because she knew that she would be getting plenty of media attention with it. And it worked. Everyone is talking about Pippa and her dress at Wimbledon. 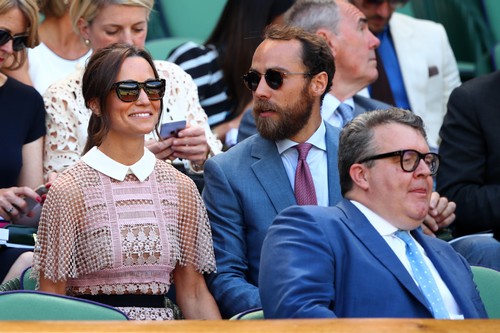 And while Kate Middleton might be ashamed of her sister’s obvious plea for attention, Pippa loves it. She was photographed smiling from ear to ear throughout her entire afternoon at Wimbledon. Just like the Duchess of Cambridge, Pippa loves it when all of the cameras are pointing in her direction.

It’s safe to say that she doesn’t want anyone to forget about her existence, especially now that she’s married and part of one of the wealthiest families in Britain. Sure, she might not be royalty like her sister Kate, but she’s married to James Matthews and his massive fortune.

At this point, the only thing worse would be if Pippa Middleton tried to steal Kate Middleton’s spotlight during the Wimbledon finale. But there’s no way that the Duchess of Cambridge will let that happen. As the patron of the All England Lawn Tennis & Croquet Club, Wimbledon is her event. The last thing she will allow is for her sister Pippa or anyone else for that matter to steal her thunder at the event.

That’s not to say that Pippa is not going to try. Of course, royal fans will just have to wait and see. But if this sibling rivalry for attention continues, there’s a good chance that Pippa might not even make it to Wimbledon next year. That is, if Kate Middleton has something to say about it.In the meantime, don’t forget to check back with CDL for all the latest news and updates on Pippa Middleton and the royal family right here.