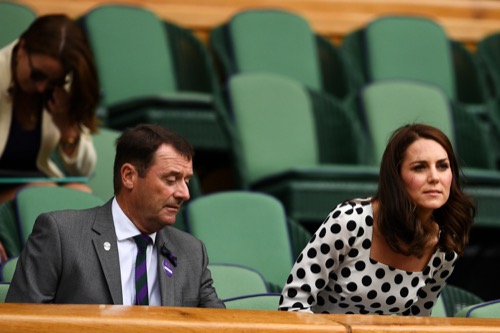 Was Kate Middleton snubbed by David and Victoria Beckham? That’s what a lot of royal fans can’t help but wonder as the celebrity couple threw a huge and lavish princess party for their daughter Harper Beckham at Buckingham Palace. And instead of inviting the Duchess of Cambridge, Princess Eugenie was there instead.

Both David and Victoria shared behind-the-scenes photos of Harper’s princess party on their social media accounts over the weekend. The 6-year-old celebrity tot can be seen wearing her very own princess dress and posing with a red balloon in one of the courtyards at Buckingham Palace. David even shared a photo of Harper and several young girls her age posing with Princess Eugenie inside the palace. Eugenie is even kneeling down for the photo. Kate Middleton, Prince William and even their children Prince George and Princess Charlotte did not attend the gathering.

Of course, Kate Middleton would have loved to spend the day with David and Victoria Beckham for Harper Beckham’s birthday party at Buckingham Palace. After all, the Duchess of Cambridge has made it no secret that she loves to mingle with Hollywood stars and celebrities. Plus, David and Victoria Beckham were guests at Prince William and Kate Middleton’s royal wedding back in 2011. Victoria was even pregnant with Harper at the time. 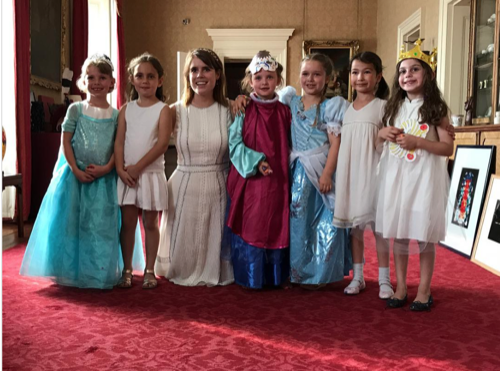 Clearly, Harper’s birthday party would have been a great opportunity for the Duchess to reconnect with the Beckhams again. But that didn’t happen. Instead, Princess Eugenie was asked to celebrate Harper’s princess party with her and her friends. After all, Eugenie and her sister Beatrice are the two members of the British Monarchy that are real princesses with their royal blood.

There’s also a strong possibility that Queen Elizabeth wouldn’t allow someone like Kate Middleton to take a day off to attend a little girl’s birthday party or even a tea party at Buckingham Palace. According to Her Majesty, the Kate Middleton has bigger and better things to do, like her royal duties and engagements along with her public appearances. Plus, the Queen has seen how distracted Kate usually gets whenever she’s around A-list stars. And that’s the last thing she needs to see right now.

So far Buckingham Palace has not made any comments about Harper Beckham’s party. In the meantime, don’t forget to check back with CDL for all the latest news on Kate Middleton and all of your favorite royals right here.