Kate Middleton Looks Annoyed: Forced to Sit Next to Camilla Parker-Bowles At Trooping the Color 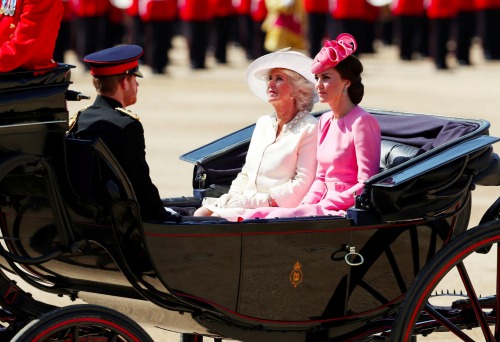 Kate Middleton is annoyed that she’s once again forced to sit next to Camilla Parker-Bowles during the annual Trooping the Color parade. One of the reasons why the Duchess of Cambridge has to sit next to Camilla Parker-Bowles is because of her position in the royal family. Only royal colonels like Prince William get to ride horseback during Trooping the Color.

And even though Camilla Parker-Bowles, Duchess of Cornwall is a royal colonel, she chooses not to ride on a horse during the event. Instead, she sits in a carriage next to Kate Middleton and Prince Harry. Kate has always kept her distance from Camilla. They avoid small talk and never really appear to be warm to each other in public. 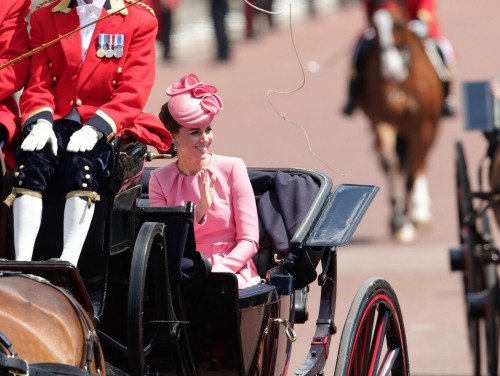 At this point it’s safe to say that Kate doesn’t feel comfortable with Camilla. With Prince Harry it’s a different story. She’s often seen smiling and laughing whenever she’s with her brother-in-law. But with Camilla, Kate looks like she would rather be anywhere but in a horse-drawn carriage with her husband’s stepmother.

Plus, it’s no secret that Kate Middleton doesn’t feel comfortable being near Camilla Parker-Bowles. Her facial expression says it all each and every year she’s forced to sit and stand next to Camilla. After all, this is the same woman that made her late mother-in-law’s life hell.

There’s also a strong possibility that Camilla Parker-Bowles might be jealous of Kate Middleton and all of the attention that she gets from the press. Camilla was and never will be the media darling that Kate is. Camilla could do back-to-back royal engagements and public appearances and nobody would care. All the Duchess of Cambridge has to do is walk into a room and she is on the cover of every major newspaper around the world the next day. 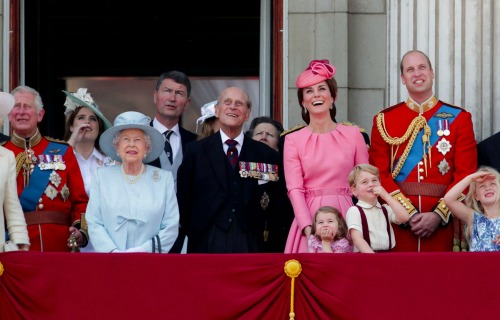 Of course, at this point there’s not much that Kate Middleton can do about. She’s has to sit by Camilla Parker-Bowles whether or not she likes it. In fact, the only thing she can really do is clench her teeth, smile, and pretend that being near Camilla doesn’t bother her. Then again, the only two people who know what the real truth is behind closed doors are Kate Middleton and Camilla Parker-Bowles themselves.

Yet royal fans know that the truth about their relationship will come out sooner than later. Just like Princess Diana, Kate Middleton won’t be able to keep her frustrations hidden for very long. In the meantime, don’t forget to check back with CDL for all the latest news and updates on the royal family right here!

Today The Queen and other members of The Royal Family attend Trooping the Colour – The Queen’s birthday parade on Horse Guards Parade. pic.twitter.com/dffWq4WC0y