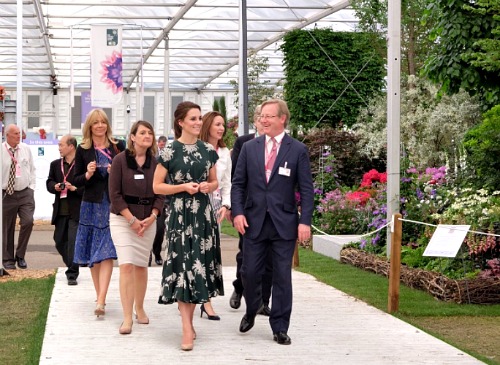 Kate Middleton wants to appear down to earth these days. She’s been out in the spotlight more than usual lately. She has been focused on her philanthropist efforts instead of her own children. She just did a video for Children’s Hospice Week. In the video, she conveyed some feelings for the poor children. Kate Middleton wants to make it seem like she’s the rest of us. She admitted that she has a green thumb and she enjoys gardening.

The Duchess of Cambridge made an appearance at the Chelsea Flower Show. She stepped out in a £1,500 black floral print Rochas dress. Kate Middleton wore the dress to match the theme of the event. Charming, right? Kate Middleton made an appearance at the Chelsea Flower Show on Monday – a day before it was opened to the general public. She wore an expensive dress for the event, but it was figure-flattering and appropriate. Kate Middleton got high marks for wearing the forest green dress to the show in which she walked a floral print carpet. 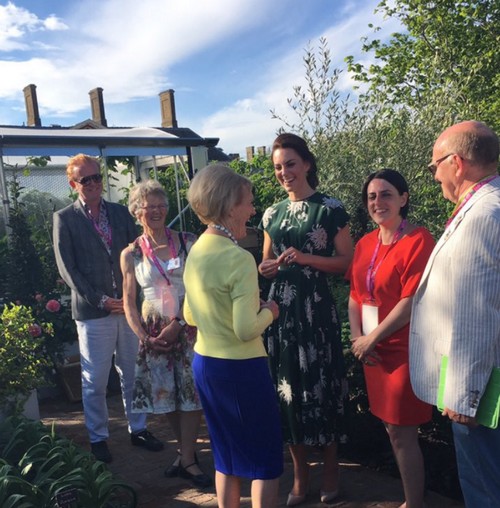 Kate Middleton revealed that she loves gardening at her home. She actually grows her own potatoes, according to a PEOPLE report. Kate Middleton complemented her look with a low ponytail and off-white kitten heel pumps. During her visit, Kate Middleton toured several of the garden exhibits and saw the special “William and Catherine Rose” which was named after the couple’s royal wedding. Kate Middleton said she doesn’t mind digging her hands in the dirt. She even proved it by eating a tomato off the floor.

BBC Radio 2 host Chris Evans offered the Duchess cherry tomato from his Radio 2 “taste garden” at the show. Despite dropping it, Kate Middleton was happy to still pop it into her mouth in front of everyone. She told him that it’s “delicious and sweet” as she happily chomped on it. Everyone must have gasped at the event. Kate Middleton said she just started gardening with her two children, Prince George, 3, and Princess Charlotte, 2. 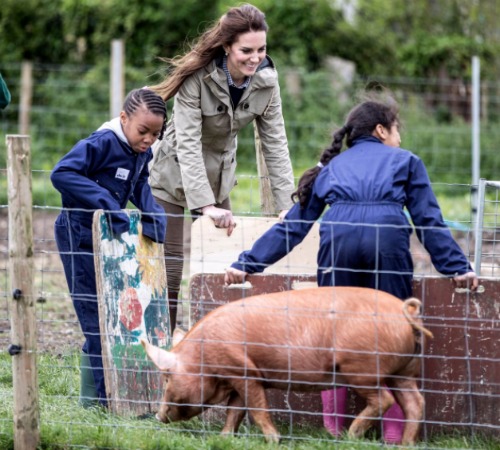 This comes after Kate Middleton expressed how she always wanted to be a farmer. Earlier this month, she paid a visit to Farms for City Children in Gloucester, England. During her trip, she said that she loves playing with worms and that she and Prince William share a love of baby lambs.

Kate Middleton also mentioned that she has a mini farm with five chickens at her home at Anmer Hall. She is really trying to make herself come across as down to earth and earthy as possible. Maybe Kate Middleton has caught on to this trend of starlets and socialites who have a hippie streak in them. What are your thoughts on Kate Middleton’s visit to the Chelsea Flower Show? Do you think she’s trying too hard to come across as down to earth? Sound off below in the comments section and come back to CDL for all your Royal news.