Kate Middleton’s Attire Is Not Appropriate For Tea Time 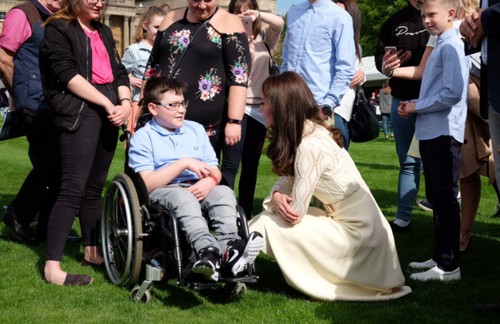 Fans aren’t happy with Kate Middleton’s outfit. While she wore a darling Chloe dress to the palace on Saturday, May 13. However, it’s the same dress that she wore last September. Fans aren’t happy that Kate Middleton re-wore that dress, according to UK’s OK! Magazine. But they should know by now that the Duchess loves to recycle some of her outfits.

The 35-year-old stepped out when she went to a tea party that took place on the grounds of Buckingham Palace. Kate Middleton chose a cream dress for the party that celebrated 850 children of men and women who died serving the British military. The Duchess wore a See by Chloé dress (currently retailing for $460) that featured a lace bodice, skinny belt, and long sleeves. It also had a modest skirt and high neck. Kate paired her look with Monsoon wedges and pearl earrings. 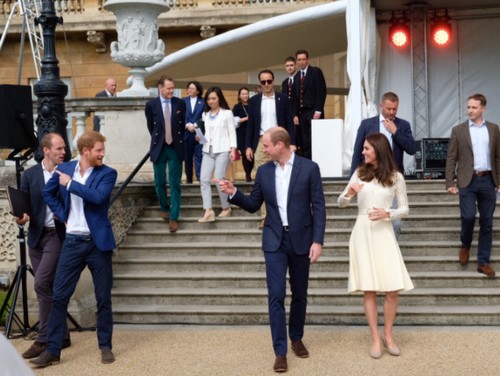 She previously wore the outfit last September during a party for Prince George and Princess Charlotte. Fans were shocked to see Kate show up in the same outfit again. Some of them remarked that she should have chosen something else. When Kate wore the same dress back in September, she paired it with an elegant half-ponytail hairstyle. This time around, however, Kate chose to wear her hair down with a little styling and volume.

Kate Middleton wasn’t there alone. She was there with husband Prince William and his brother Prince Harry. The three were seen talking on the lawn. The tea party didn’t just include tea. It wasn’t your typical British tea party since it was more for the children. It included games and activities such as cupcake decorating, face painting, and water balloon fights. 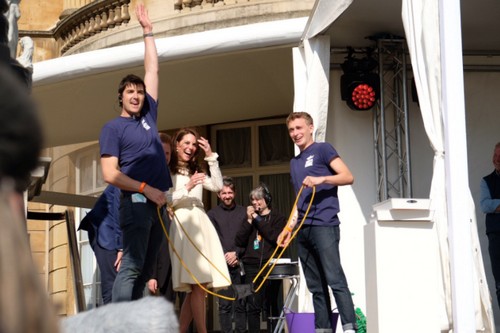 It wouldn’t have made sense if Kate Middleton dressed up. She probably loves her Chloe dress so much that she wanted to wear it again. Prince William and Prince Harry were dressed casual for the occasion. Both men opted to wear dark suits without ties. Fans probably thought Kate Middleton should have worn one of her signature skirt suits instead.

Let’s get to the heart of the matter for this event. The royals wanted to host the tea party to honor the children experienced loss at such a young age. The Duke, Duchess, and Prince Harry hopes that this event will allow the children to receive support from other families who have the same experiences. What are your thoughts, CDL readers? Do you think Kate Middleton should have worn something different to the tea party? Sound off below in the comments section and come back to CDL for more Royal news!

We hope that everyone who attended yesterday’s Party at The Palace had a great day! pic.twitter.com/FNiQHOh1pI