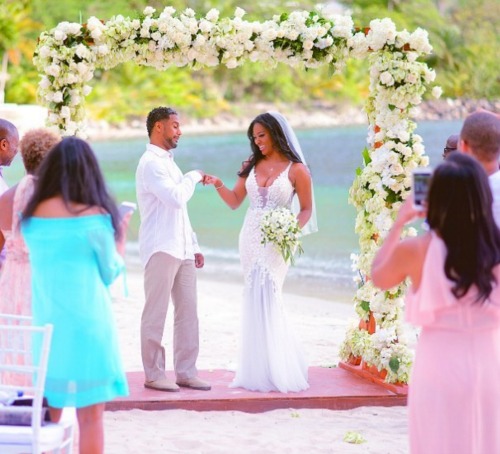 Kenya Moore has finally revealed the identity of her new mystery husband, Marc Daly. Kenya recently married her fiancé, businessman Marc Daly after dating for just one short year. And now the ‘Real Housewives of Atlanta’ star is finally opening up about her relationship with him and why it’s taken her so long to tell the world about him, too.

Kenya says that she and Marc met through mutual friends this time last year but didn’t start dating until December. She says that one of the reasons why she refused to reveal his identity is because she wants to separate her personal life from her life on reality television.

She explained to People Magazine in a new interview, “He didn’t sign up for this world, I did. Every time someone has been associated with me, they attack that person – immediately going after them, trying to bring them down and saying crazy things. They tear people apart. And so for [Marc], he was like, ‘This is about me and you — it’s not about me or you.’ He just wanted it to be about our pure love and not about him.” 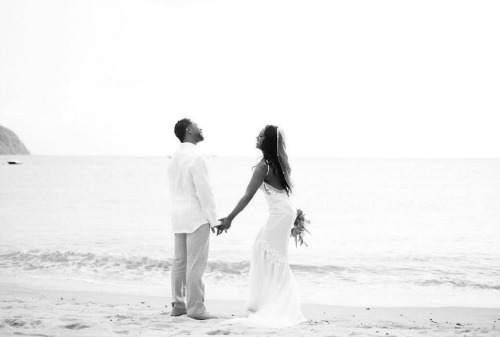 Kenya also calls Marc her “protector” and her “best friend” and says that he’s the only person in her life that she can trust now. That’s because she says that he’s not after her money, her fame or her success.

And while Kenya has been sharing photos of Marc Daly and their wedding day on her social media account, she makes it pretty clear that he won’t be joining her in front of the cameras for ‘The Real Housewives of Atlanta’ anytime soon. Marc Daly wants no part of Kenya Moore’s daytime job as a reality television star. At least, not right now.

Of course, a lot of ‘Real Housewives of Atlanta’ fans are surprised it’s taken Kenya this long to come out with the truth. After all, she’s one of the most outspoken stars of the hit Bravo reality television show. She likes to speak her mind, regardless of what people think or have to say about it. Her secret fiancé and now husband comes as a shock for many of Kenya’s fans, as they always thought they knew the “real” her on television.

Now they can’t help but wonder if Kenya might be hiding more secrets from her co-stars and fans, too. Also, don’t forget to check back with CDL for all the latest news and updates on Kenya Moore and ‘The Real Housewives of Atlanta’ right here.

A good man is hard to find but true love is even harder. I found both. 🙏🏾💍👰🏾 #truelove #agoodman #wife #god #happiness #crazyinlove #kenyamoore #hewhofindsawifefindsagoodthing