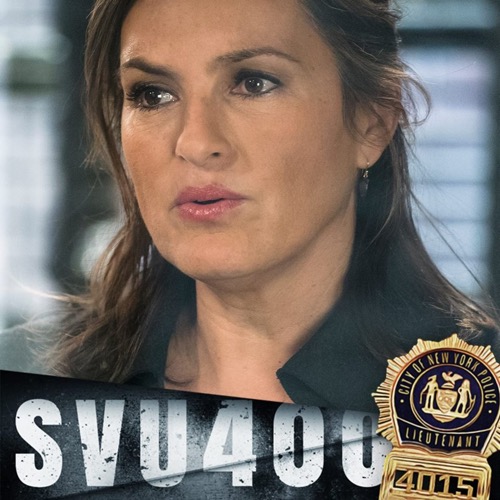 Tonight on NBC Law & Order SVU returns with an all-new Wednesday, February 8, 2017, episode and we have your Law & Order SVU recap below.  On tonight’s Law & Order SVU season 18 episode 10 as per the NBC synopsis, “A teenager stops an assault on his mom by using a rifle, and the attacker turns out to be someone he knows.”

A teenager, Luke Kellar, calls his mom, Dr. Kellar. She isn’t picking up. He is on his way home. He had a fight with his dad. A cab drops him off. He enters the house. He hears his mom crying. He dials for help while getting a rifle out of the closet. He makes his way down the stairs and sees his mother being raped. He shoots.

Benson and the team arrive. Luke is upset. He tells them he left his dad’s at 9pm. He had to shoot the guy, he was raping his mom. He didn’t actually think he would hit him.

Benson questions the mother, who wants to see her son. She explains what happened, that she let the man into her house. He was her son’s best friend. Benson and Rollins look shocked.

The rapist asked to come in and do his homework. There was no forced entry. Benson talks to the mother at the hospital. She let Trey in because she didn’t want to shut him out. He had a bad home life.  When she answered the door she had her night gown on. She let him in for a bit.

When she was in the kitchen, he came up from behind her. She tried to reason with him. He forced himself on her. She tried to scream. He covered her mouth. She wanted to reach for a knife but it was too far away. She shut down and tried to survive. That’s when Luke came in. She knew he owned a rifle. He wasn’t into hunting like his dad. It doesn’t make sense that he could pull the trigger. He had trouble shooting a deer. The mother wants to see him.

Meanwhile, Luke is being questioned. He recounts his story – he didn’t realize it was his best friend until after. He cries about killing his best friend. Luke’s dad shows up – Luke begins crying. The father says his son is done answering questions.

At the medical examiner’s office, Trey’s parents are there. They want to see his body. They don’t understand what happened. He was a great kid. He wouldn’t do that.

Benson and the team go over Trey’s background. Dr. Kellar had a bad feeling about Trey from the beginning. Luke seems legit. Benson wants to search social media and Trey’s computer. They head to Trey’s house to collect evidence. Rollins thinks something is wrong. They go through his room. They find pictures of Dr. Kellar and Trey together.

Benson and Rollins visit Dr. Kellar. She says Trey was stalking her. She had no idea he was taking pictures of her. Benson wants to know if she always sleeps naked? Kellar evades some of their questions. When they question her story further she asks them to leave.

The rest of the team begin questioning around the school while Rollins asks the headmaster questions. She can’t believe Trey and Kellar would have a relationship. She does mention a fight Trey and one kid Ethan had. They call him in for questioning about the fight. Ethan hesitates, but tells them that Kellar sexually assaulted him more than 10 times before she moved on to Trey.

Dr. Kellar is brought in for questioning. She denies any wrong doing and says that Ethan is a liar. She doesn’t give in. She is angry that they would accuse her of such a thing. Since they can’t arrest her, she walks out.

Benson and Rollins question Luke. He says his mother would never do anything like that. They talk to her ex-husband, who says his wife is a narcissist. She has no true sense of self and that is why they divorced.

At the office of the ADA, Benson and Rollins discuss the case. Evidence comes in. They found Trey’s seamen on a towel in the upstairs of Kellar’s home. She said that Trey never went upstairs. They go to her office and arrest her.

In court, Benson details the evidence against Dr. Kellar. Luke is called to the stand. He details what happened, how his mother yelled that she was being raped and she needed help. How he shot to scare off the man, not kill him. It is revealed that Luke testified to save himself against murder charges since he is the one who actually pulled the trigger. He leaves with his dad. Before he goes, his mother kisses him goodbye.

Dr. Kellar takes the stand. She details what happened on the night she was raped. She remembers yelling, the gun shot and suddenly how it was over. The prosecution begins to question her. They show that she was wearing lingerie, not a night gown. That she most likely had sex with him upstairs and then downstairs. She denies it all. But changes her mind suddenly. She wants to change her plea. Everyone is called into the chambers.

Back in court, Luke is called back to the stand. His mother looks nervous. Luke tells the truth. He really thought his mother was being raped. His mother looks on, angry. The jury reaches a verdict, Dr. Kellar is guilty on rape of a minor and on 2nd degree murder. They haul her away as she yells to Luke.

Benson is worried about Luke. She begins to cry. She just wants to be with her boy. She looks around the empty court before she leaves, looking disgusted.