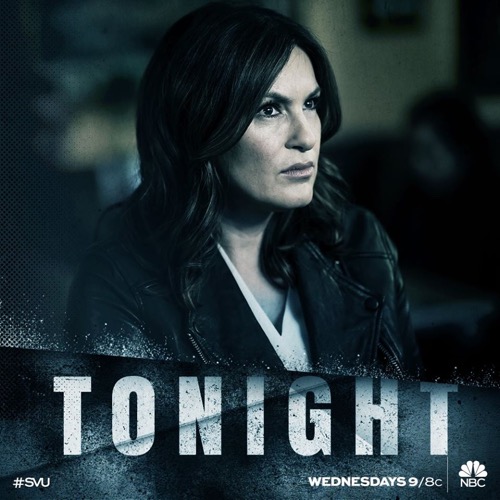 Tonight on NBC Law & Order SVU returns with an all-new Wednesday, May 10, 2017, episode and we have your Law & Order SVU recap below.  On tonight’s Law & Order SVU season 18 episode 18 as per the NBC synopsis, “The squad investigate a charismatic spiritual healer after a client claims he incapacitated her and assaulted her while using hypnosis..”

A group of people meet for a spiritual retreat. Abby, a woman is attendance. Her boyfriend takes her the next day to the precinct. He thinks she was raped by the healer. Olivia approaches the woman. Abby tells her in between sobs that the healer Declan was supposed to change her life.

Abby sits down with Alison and Olivia. Abby didn’t take the hallucination drug during the retreat, but the others did. Declan found her in the other room. He gave her a cup of water. She felt strange after. He raped her while she was disorientated.

The team is watching video footage of Declan’s speeches. Carisi and Allison pay Declan a visit. He acknowledges that they had sex, but it wasn’t rape. They had a connection. It was consensual. They ask him about drugging Abby. He says he did not. He brings them to the mediation room. They ask him for a sample of his DNA and names of the attendees.

Fin visits one of the attendees. She details the night and says that Declan was obsessed with Abby. Carisi goes to talk to a male attendee, who says Declan loves the ladies. Carisi and Alison meet a woman at a local food store. They ask what she remembers. She saw Abby sitting in the meditation room, crying.

Back at the precinct, the gang talks about the case. Fin brings the toxin/rape screen in. No drugs were found in Abby’s system. Olivia talks to her. Maybe Abby froze up. Maybe she wasn’t drugged, but emotionally and physically shut down. Carisi has another lead, a woman who accused Declan of rape.

Allison and Carisi go to visit the woman’s lawyer. The woman has since died, but her case matches Abby’s. The team gets back together to go over the 2 cases. Barba thinks Declan may be hypnotizing the woman.

Allison and Carisi go to visit Declan’s old college. They talk to a professor, who tells them that he was kicked out for drug use. Right after, Declan went to a rehab. They visit the rehab and meet the man who taught Declan how to hypnotize people. They ask him for his help. He agrees, reluctantly.

Declan and his teacher are sitting in a café. His teacher pretends to have a problem. He tells Declan how he took advantage of a female patient. Declan doesn’t think it is a big deal.

The teacher is wearing a wire. Declan tells him not to feel bad. He has done it too. Before he tells him more, Declan gets suspicious. He gets up to leave. Carisi and Allison arrive and cuff him. Declan is put into an interrogation room. He calls them absurd for accusing him of hypnotizing a woman.

The case goes to trial. Abby takes the stand and details the night. Declan’s lawyer asks Abby to read part of her application. She breaks down on the stand. She doesn’t want to read it, it will ruin her relationship. They take a recess. Olivia talks to her about taking a stand.

Abby reads the paragraph she wrote. She cries as she talks about how she feels trapped in her current relationship. She wants to spread her wings and explore. Declan’s lawyer paints her as a woman looking to hook-up, and she did so willingly with Declan at the retreat. Trial ends for the day. Declan’s lawyer would like to submit new evidence, an audio recording of Declan and Abby’s session. Abby agrees to have sex in the recording. Barba laughs it off, she was hypnotized. Declan’s lawyer wants to make a deal.

Barba meets with Olivia. He thinks they should take the deal. Olivia wants to let the jury decide. She wants to give them more to charge him on. Carisi finds new evidence. The next day, Declan takes the stand. Barba cross exams him. Barba then calls an officer who arrested Declan 22 years prior. Declan used heroin with a friend and left him to die. Barba gives his closing argument. The jury finds Declan guilty.