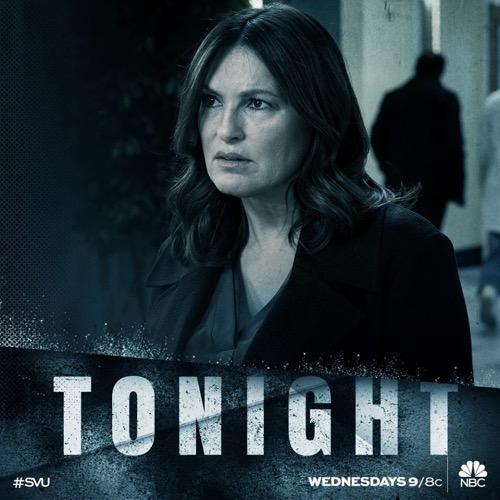 Tonight on NBC Law & Order SVU returns with an all-new Wednesday, May 17, 2017, episode and we have your Law & Order SVU recap below.  On tonight’s Law & Order SVU season 18 episode 19 as per the NBC synopsis, “A young woman is raped by a member of her church group, and Barba builds a case arguing that the First Amendment doesn’t entitle a person to break the law.”

Ann, a student with her church class, is in Time Square waiting for her friend who lives in the city. Lydia shows up. The two talk before going back to her hotel room. Lights out is called. Lydia leaves. There is a knock at the door. Ann opens. Her friend shows up later to find Ann scared after she was raped. Lydia calls the police. Olivia and the team show up. Lydia tells them that Ann was raped and that she is a lesbian.

Lydia talks to Fin. She tells him that Ann’s church has brainwashed her into thinking being gay is bad. Meanwhile, Ann is talking to Olivia. She tells her it was dark and she couldn’t see who it was. She told the man no. Olivia tells her because she said no it was rape.

Olivia takes her to the hospital. Ann’s reverend arrives. They question him. He tells them about two boys that were hitting on Lydia and Ann. Aly and Carisi pay them a visit. They were at a concert all night, but mention that Ann has a boy she was hanging out with from her church group. Aly and Carisi pay him a visit. He is confused. He was the one to visit Ann and she wasn’t assaulted or raped. He has curative intercourse with her.

The team takes Ann and the Lucas in. Ann tells Olivia that it was okay that he forced himself on her. He did it out of love. Lucas tells the guys that he was helping her. They both agree that it was what they should have done. Ann’s parents show up. Her father wants to take her home now. They all leave to go to the hotel. The reverend shows up and tells Olivia and the team that Lucas was practicing his religious beliefs.

Olivia meets Ann in the park. They talk. Ann cries. Olivia tells her what happened to her, regardless of religion, was wrong.

The case goes to court. Lucas is held on bail. Ann’s mother finds Olivia after court. She pleads with Olivia. Ann will be exiled from the church. Her own father was too embarrassed to show up. Olivia and the others meet in the judge’s chambers. Lucas’ lawyer wants the case to be dismissed. He had the right because of his religion. The judge allows the court to go to trial.

Supreme Court, Ann is on the stand detailing what happened the night of the rape. Lucas’ lawyer cross examines Ann. His lawyer wants to submit video footage. They go behind chambers to watch the video. It is Ann, Lucas and the reverend. They discuss what happened. Ann says in the video that it wasn’t rape, it is their religion. The 3 then pray.

The reverend takes the stand. He shares that Ann forgave the defendant. Barba points out that there was an action to be forgiven. Lucas did something wrong. Lucas takes the stand. He explains that Ann knew what had to be done. He loves Ann, he wouldn’t want to hurt her. Olivia and Barba think they have lost the case. Liv looks into the reverend and Lucas. They meet with Lucas and his lawyer. They discover that the reverend took Lucas in because he is gay. He wanted to show him the righteous path. Lucas and Ann’s curative intercourse was for both of their sins.

They call the reverend in. The team reveals that they found the payments. The reverend is in trouble for sex trafficking. They offer him a deal or they can tell the congregation. He accepts the deal against the advice of his lawyer. Lucas gets Rape 3. He is sent to Rikers Island. Ann visits him. He apologizes. Ann forgives him and tells him that God made her this way, how can it be wrong.