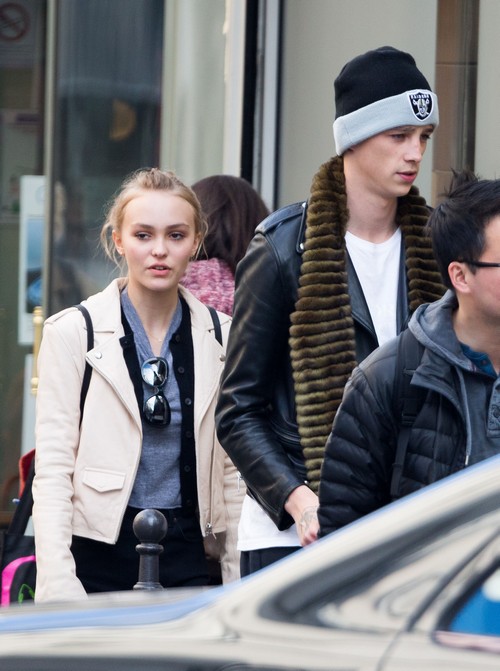 It looks like Lily-Rose Depp is still going strong with her much older boyfriend Ash Stymest even though her parents Johnny Depp and Vanessa Paradis might be opposed to it. The 17-year-old model and actress was spotted making her way through LAX airport with her 25-year-old boyfriend on Monday, April 10.

Lily-Rose Depp is proving to the world that she’s doing what she wants, when she wants it. Her relationship with Ash has raised a lot of eyebrows and not just because of the huge age gap between them. Ash has a daughter, Summer, with his ex-partner Maille Doyle. Her father Johnny Depp has made it pretty clear that he’s worried about his daughter growing up too fast in the spotlight with her modeling and acting career. Back in 2015 he suggested that she might be taking on too much, too soon. 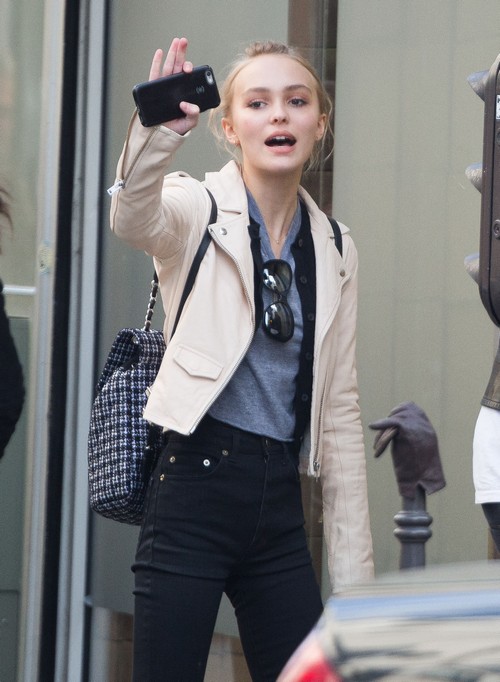 But for Lily-Rose, she’ll do things her way, regardless of whether her parents agree to it or not. In fact, she even threw some major shade at Johnny and Vanessa when she said her parents have no business telling her to get a diploma or anything else, for that matter. She told Vanity Fair back in 2016 that her parents were in no position to tell her what to do in her life when they had no education themselves.

Plus, Johnny and Vanessa are no angels themselves. The Hollywood actor has had a bad-boy reputation in the entertainment industry for years while Vanessa herself raised a few eyebrows during her teen years. She began her own music and acting career at the age of 14 and even appeared in a few controversial roles before her 18th birthday. 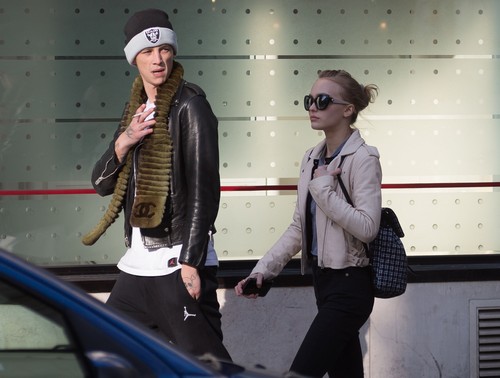 Of course, no one knows how long Lily-Rose and Ash will last but at the point it looks like they are making their trans-continental relationship work. Ash is spending most of his free time with Lily-Rose between her two homes in Paris and Los Angeles. Only time will tell though if Lily-Rose’s parents Johnny and Vanessa will be forced to intervene when things really start getting serious between them. It would be pretty shocking if Lily-Rose Depp chose to settle down with Ash Stymest while she’s still in her teen years.

So far Johnny himself has not made any public comments about Lily-Rose’s boyfriend, although it wouldn’t be surprising if he did say something about this behind closed doors. Also, don’t forget to check back with CDL for all the latest news and updates on Lily-Rose Depp right here.