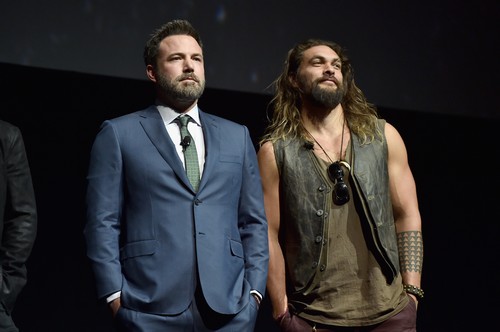 Ben Affleck has finally moved on from his ex, Jennifer Garner. E! News is reporting that Ben Affleck is now dating a woman named Lindsay Shookus, a producer for Saturday Night Live. While sources are saying that Ben Affleck and Linsay Shookus are in the early stages of their relationship, the sources are claiming it’s more than just a “summer fling”. The new couple was spotted out recently in Los Angeles, and have apparently even traveled together abroad, including heading to London to see a play.

This marks the first public relationship Ben Affleck has been in following his separation from wife of eleven years, Jennifer Garner. The former couple actually split back in 2015, but they made their it official when they filed for divorce three months ago, shortly after Ben completed treatment for alcohol addiction back in April.

Since their split back in 2015, there have been numerous rumors that Ben Affleck and Jennifer Garner had reunited or could possibly give their marriage another chance. The rumors stemmed from the fact that even after their separation, Ben continued to live with Jennifer and their three kids Violet (11), Seraphina (8), and Samuel (5).

The former couple even spent the 4th of July holiday together with their children looking like a happy family. Also adding to the rumors was the fact that Ben Affleck and Jennifer Garner frequently took vacations together and led many to speculate that the pair may reconcile.

Ben Affleck has a long history with alcohol abuse and gambling. However, it was his alleged affair with their children’s nanny that spurred Jennifer to pull the plug on their marriage for good, so many fans of the actress were surprised that there were rumors that the pair might reconcile.

But, that apparently doesn’t seem to be the case considering Ben’s new relationship with Lindsay Shookus. While the new couple appears to be taking things slow, it seems that they are becoming more comfortable being seen in public together and were recently caught by the paparazzi while on a date in Los Angeles. It’s still to early to tell if Ben and Lindsay Shookus will last, but sources close to the actor reveal, “They are having fun and care for each other. It’s early and they are taking it slow”. Come back to CDL for all the Ben Affleck news and views!