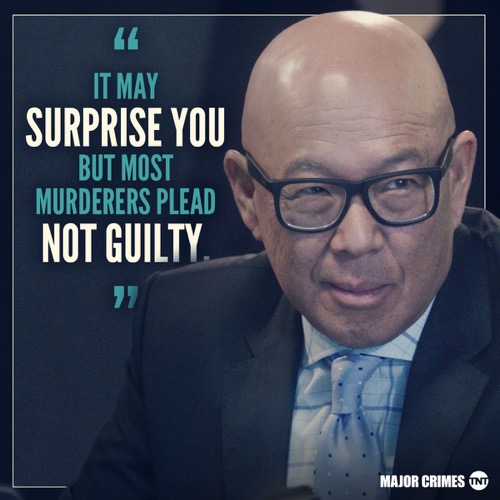 The show opens with the team taking photos of Dr. Garza’s dead body in his office. Louis finds a suicide note in his computer admitting to his drug addiction and to kidnapping the boys. The team returns to the station and debate on what exactly has happened. While the assistant DA thinks they have all the answers they need, Julio thinks the note is a fake and the real criminal is still at large. The team decides to allow father Jonas to speak with Ryan in hopes of learning more. The team listens in while they talk.

Ryan tells the father he has to tell the police what happened. He knows it is because of what he did to Hector. Being kidnapped and Lucas’ death are all related to what happened with Hector. Father Jonas tells him all of the charges are being dropped and he needs to be quiet. Ryan admits that he killed Hector and the drug cartel is now getting their revenge for his actions. Father Jonas points out that no one but he and Ryan know he killed Hector. There is no way the cartel could know what happened. Ryan is sure it is them and thinks he has to tell the police the true before the cartel kills Miguel. Ryan admits he told Miguel he killed Hector when they woke up in Mexico after they were kidnapped.

The team interviews Miguel and threats him with deportation if he doesn’t tell the truth. He finally admits that Ryan told him he killed his stepfather and he thinks the drug cartel kidnapped them to get revenge for Hector’s death. Miguel doesn’t think that is true. He thinks the kidnapping had something to do with Lucas since he is the only one who is dead. Miguel tells the team that Lucas admitted to him that his mother was having an affair and was thinking about leaving Dr. Garza for another man. The team decides they need to take a closer look at Dr. Garza’s body.

Rusty’s brother and sister arrive in town for the wedding but they learn that the wedding will have to be worked around the murder investigation. The team learn that Dr. Garza had a fractured skull and throat irritation similar to what was found in Lucas’ throat. It is very possible the same drug was used on both of the dead males to sedate them. It is starting to seem that Dr. Garza was murdered rather than a suicide.

The FBI agents return and apologize to the team but they do want to deport Miguel’s family. After much debate they agree to hold off until the team can figure out who actually kidnapped the boys. Sharon and her family gather for dinner and make plans for the wedding. The next day the team questions Mrs. Garza about the affair she was having. She denies it and when confronted with hotel charges on her credit card she gets angry and leaves the station. The FBI gives the team a name of a man who returned to the US from Mexico just a few hours before Lucas’ body was found. Julio goes to check out the man.

Sharon once again interview father Jonas and tries to get an accurate timeline of his time in Mexico. Lela thinks she has figured out where the boys were going when they left the field trip. The LA Lakers where having practice sessions right next door to the museum. She thinks they were going to get autographs from the players. Sharon thinks this is an important clue. During questioning father Jonas admits to having several affairs with students mother’s but says he was not involved with Mrs. Garza.

Sharon calls in Dr. Garza’s business partner and asks that he conduct an exam of the boy’s throats to see if either have the same inflammation that Lucas and his father had related to being drugged. He does the exam and says neither boy show any sign of being drugged. Sharon then confronts him with his lie. The boys were examined earlier in the day and showed signs of scarring. They know he was having an affair with Mrs. Garza and set up the boys to get back at her for refusing to leave her husband. He is arrested and the case is closed.

Sharon and Andy exchange their wedding vows in the church full of the friends and family.