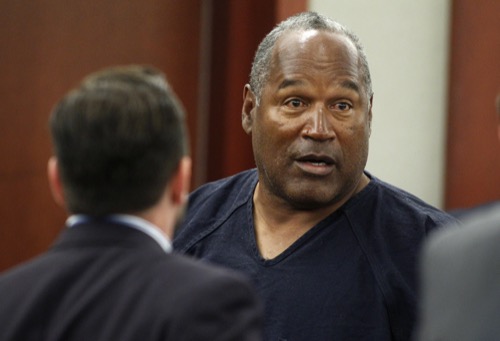 Despite the fact that OJ Simpson has been granted parole, major publishers are reportedly balking at his attempt to return to the spotlight and turning down possible book deals, citing claims that he’s too ‘toxic’ to be associated with.

TMZ’s latest report cites multiple high-profile publishers, many of whom are claiming that even though recent OJ related projects (such as the Oscar-winning documentary ‘OJ: Made in America’, and the Emmy-nominated series ‘The People vs. OJ’) have done really well with critics and audiences, they don’t believe that interest would translate to a book from OJ Simpson.

According to the report, the publishers are fearful that an outcry over their association with OJ Simpson could lead to a boycott and/or major backlash that would then trickle down and affect their brand, their entire roster of authors, and their bottom line. Additionally, the fact that the general public still views him as a murderer who managed to get off on a much lighter charge will likely affect whether they’re willing to buy a book that OJ Simpson wrote, especially if any of those profits go to him.

Now, this means that we shouldn’t rule out a book ABOUT OJ Simpson, since he still seems to be a point of interest and controversy for most of the public – just that publishers won’t touch anything that OJ himself has written, for the reasons mentioned above. In fact, Keith Urbahn, president of the mega-publisher Javelin, is quoted as saying, “Consumers won’t spend 20 bucks on a self-aggrandizing book about how he’s turned his life around.” 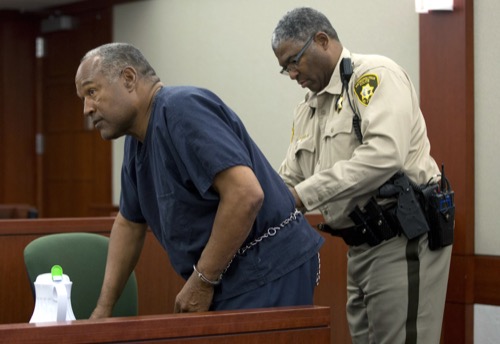 And if that wasn’t enough, the last time OJ received a book deal was in 2007 – which then led to publisher Judith Regan getting fired from her position at Harper Collins, since the public was demanding that heads roll. Needless to say, if OJ Simpson was offered a book deal in the near future, it’ll likely be more than a single job on the chopping block.

What do you guys think of publishers turning down a book deal for OJ Simpson? Do you think they’re making the right decision (even if they’re just looking out for their bottom line)? Let us know your thoughts in the comments below.