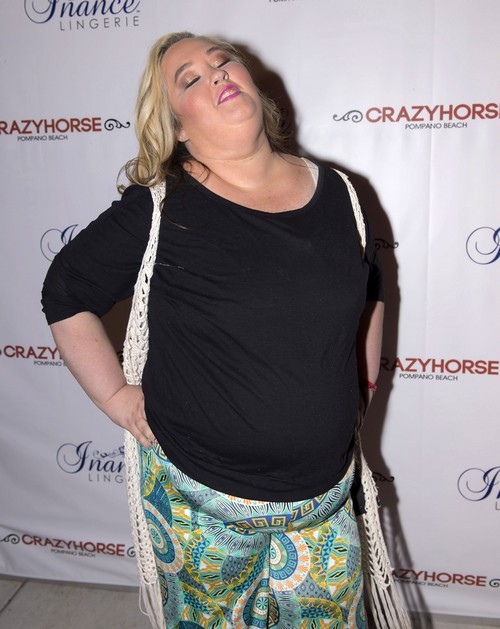 Now that Mama June is becoming a hot symbol, is she going to pose completely naked for Playboy? That’s what a lot of fans can’t help but wonder as the reality television star herself weighed in on the possibility of posing for the iconic publication.

Mama June managed to drop to a size 4 after undergoing several procedures. She’s also maintained a much healthier lifestyle in recent weeks, by sticking to a strict diet and workout regimen. But with this new look does Mama June have a new attitude about her body? That’s what her fans want to know.

The mother-of-four opened up about showing the world every inch of her new curves with Life & Style Weekly. Mama June hinted that she would be on board with the idea, especially since she’s already showed off most of her body to her trainer, Kenya Crooks. She said, “Well I mean Kenya has probably seen me naked fifteen times. I didn’t care before. When you have to change clothes real quick.”
Kenya then added, “She said, ‘I’m gonna give it to you no matter what size I’m at!’” 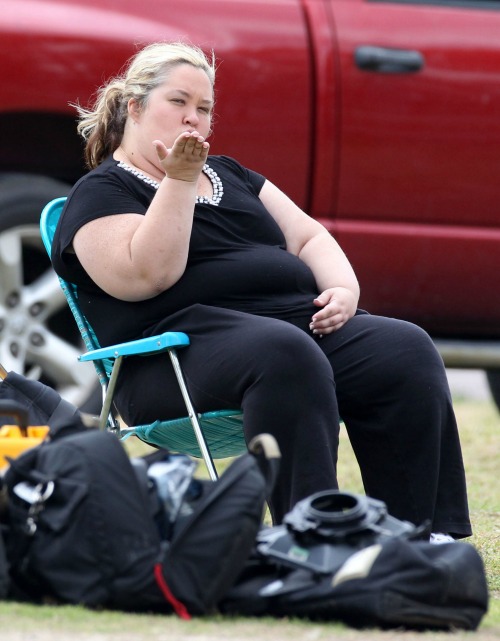 Would it be a good idea for Mama June to pose for Playboy? Of course, it depends on who you ask. The reality star does have two young impressionable daughters, Pumpkin and Honey Boo Boo who have been following her throughout her weight loss journey. Surely, Mama June’s family would have something to say if she posed naked for a major publication like Playboy. They would either be supportive of her or completely mortified.

Then again, time will only tell if Mama June will be able to maintain her new size 4 body. There were earlier reports indicating that she was struggling with her diet and at one point, even wanted to give up. Mama June has made it no secret that she’s never taken care of her health before and that’s why a lot of critics believe that she’ll be back to her previous weight in no time if she doesn’t continually watch her diet. Do you agree?

So far Playboy has not made any comments about a possible offer. Tell us, should Mama June Shannon consider posing for Playboy? Do you think this would be a good career move on her part? Let us know what you think by dropping us a line with your thoughts in our comments section below. Also, don’t forget to check back with CDL for all the latest news and updates on Mama June Shannon and Honey Boo Boo right here.