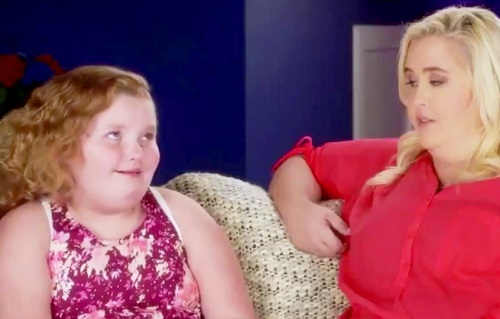 Should Alana ‘Honey Boo Boo’ Thompson go on a diet? That’s what a lot of critics are saying, and it looks like her mother Mama June is even thinking about cutting out all the junk food from her daughter’s life.

During the March 10th episode of ‘Mama June: From Not to Hot,’ Mama June’s doctor expressed concern about Pumpkin and Honey Boo Boo’s appearance. In fact, he even suggested that they change their diets so they can start eating healthy just like their mother. Yet, Honey Boo Boo shot down the suggestion almost immediately. She told the doctor that even though she’s only 11-years-old, she “loves” her curves and that she wasn’t interested in jumping on that bandwagon unless there were cheeseburgers on it.”

Honey Boo Boo added, “Like, I have no idea what this man’s talking about. Mama’s on this diet, but I’m not, boo boo. I like my curves. … I mean, seriously, this dude is really crazy.”

A lot of critics find it troubling that Mama June hasn’t shown much concern over her daughter’s weight or unhealthy eating habits. What’s strange is that even though Mama June is determined to maintain a healthier lifestyle for herself, she hasn’t said much about her daughters or their own health struggles. 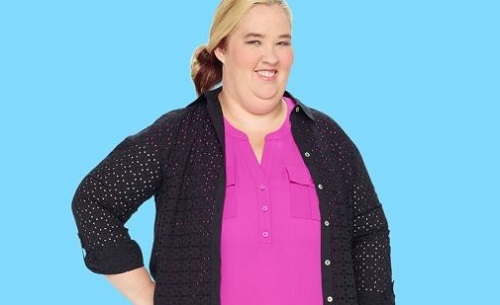 Instead, she says that she would rather teach her daughter Honey Boo Boo body positivity above anything else. Mama June even said that she wants her daughter to love her appearances regardless of her weight. Yet, she also did point out that Honey Boo Boo’s father and his family have a long list of health problems that include diabetes and more.

Many fans are surprised that no one’s said anything about Honey Boo Boo’s noticeable weight gain earlier. After all, Mama June is determined to maintain a healthy lifestyle so she can keep her excess weight off. Doesn’t she want the same thing for her daughter? Shouldn’t she be worried about Honey Boo Boo’s health? That’s what fans want to know. Tell us, do you think she should go on a diet? Is Mama June neglecting her daughter’s health issues?

‘Mama June: From Not to Hot’ airs Friday at 10pm EST on the WE tv network. Drop us a line with your thoughts in our comments section below. Also, don’t forget to check back with CDL for all the latest news and updates on Mama June Shannon right here. 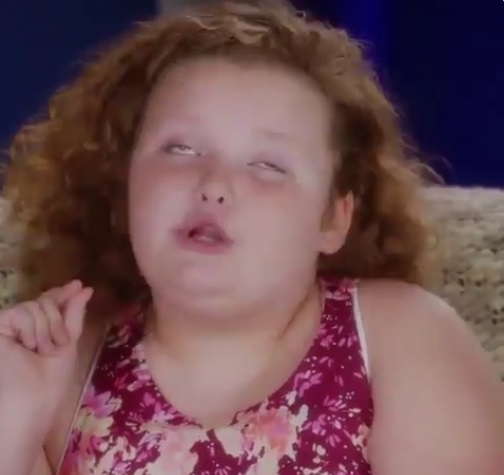