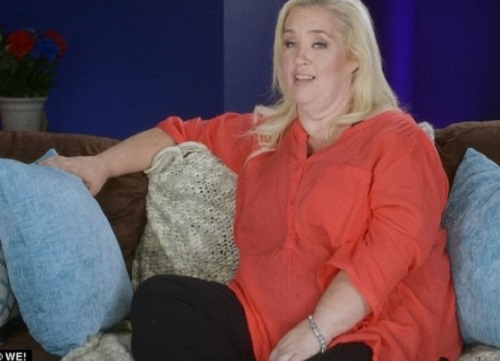 June Shannon aka Mama June’s tumultuous relationship with her ex, Mike Thompson aka Sugar Bear, has been well documented over the years. In fact, Mama June decided to embark on a weight loss program (and film it for her new reality show ‘Mama June: From Not To Hot’) after she found out that Sugar Bear was getting married.

Mama June claims that she doesn’t want Sugar Bear back, but that doesn’t stop her from flying into fits of anger at her daughter, Alana Thompson aka Honey Boo Boo, meeting Sugar Bear’s new fiancee, Jennifer Lamb. Of course, Honey Boo Boo LIVES for the drama, so she admitted on the show, “When Mama hears I met Jennifer, she’s going to lose it. So I’m not gonna tell her.” 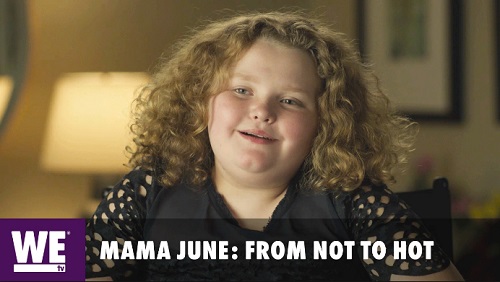 Of course, it’s not like Honey Boo Boo reacted, um… well, normally, when she met Jennifer. She made an expression that only Honey Boo Boo would be able to make, and when Mama June watched the episode, she tweeted, “Sugarbear trying to b father of the year with his new girl alana aint study her like bitch who r u 😂😂 #mamajune.”

This entire family does everything for the benefit of the cameras, much like the mid-west Kardashians-lite that they are, but you have to admit – it’s as entertaining, if not more, than a lot of other reality shows. Mama June’s passive aggressiveness towards Sugar Bear has become legendary on the show, and Honey Boo Boo has clearly taken sides – and it’s not with her future mother-in-law.

Of course, Jennifer Lamb was undoubtedly aware of who the family was, and meeting Honey Boo Boo was likely not a surprise for her; in fact, it doesn’t take a genius to guess that Jennifer has her own reason for joining this crazy family and shacking up with Sugar Bear, and that reason is dollar dollar bills yo.

What do you guys think of Honey Boo Boo’s reaction to meeting Sugar Bear’s new fiancee, Jennifer Lamb? And of Mama June’s reaction to her daughter meeting her ex-husband’s fiancee? Let us know your thoughts in the comments below and don’t forget to check CDL for more news and updates on Mama June. 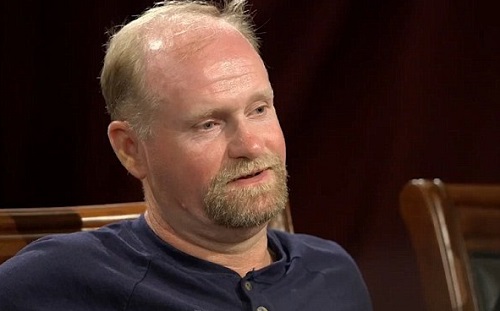