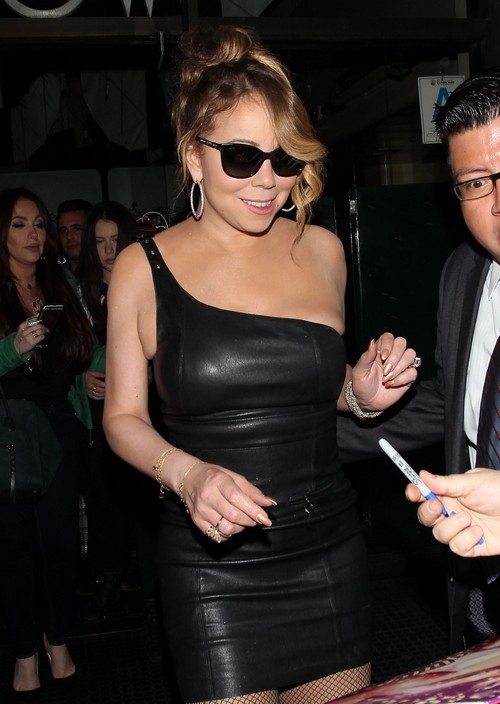 Lately there have been reports that singing legend Mariah Carey was reconciling with ex-husband, Nick Cannon. But this weekend, the singer actually reunited with another ex instead, Bryan Tanaka. Photos posted in the Daily Mail show Mariah and her ex boyfriend, Bryan Tanaka on a romantic dinner date at an upscale Beverly Hills restaurant. Onlookers in the restaurant got an eye full when the pair got cozy and Bryan began feeding Mariah desserts, and at one point, cameras caught the two sharing a kiss.

Mariah Carey, 47 had called it quits with her 34 year old backup dancer just last month and sources claim the breakup was due to someone in Mariah’s inner circle spreading untruths about Bryan. The reason for this weekend’s meet up was so the two could talk things over, and apparently their intimate dinner date has led to a reconciliation. Just a few days ago, Mariah raised eyebrows when she posted a throwback photo of her and Bryan Tanaka on her Instagram account, but no one really thought the two would get back together.

Her relationship with Bryan was somewhat controversial because when the two met, she was engaged to Australian trust fund billionaire, James Packer. James was known to have a hot temper and was reportedly jealous of how close Mariah and Bryan seemed to be. Mr. Packer dumped Mariah and called off the engagement. 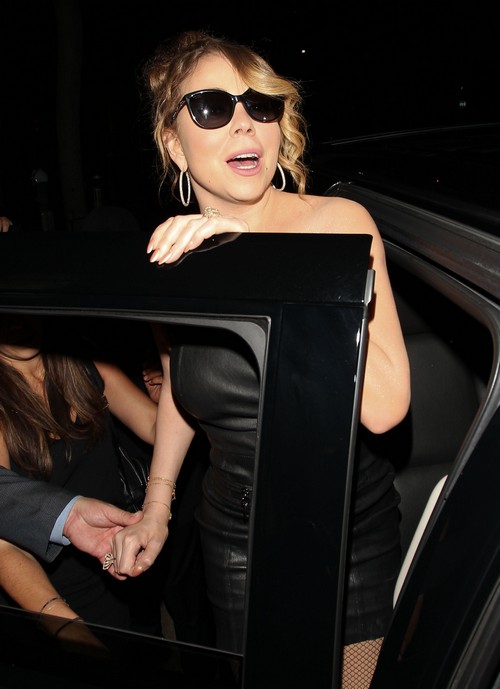 It wasn’t long before reports of an affair between Mariah and Bryan began and it was announced shortly thereafter that Mariah and James had ended their engagement. A few weeks later, pics of Mariah and Bryan emerged, confirming the two had indeed begun a relationship. They had a whirlwind romance before Mariah ended things just a few months later.

Mariah has been spending a lot of time lately with Nick Cannon, her ex husband and father of her twins, son, Moroccan and daughter, Monroe. The former spouses were together not long ago for their twins 6th birthday party. Mariah Carey and Nick Cannon married in 2008 and divorced eight years later.

Nick has given interviews in the past stating that he and Mariah are friends and try hard to be good co-parents to their children, but the amount of time they have been spending together lately has led some to believe there was hope for them to give their relationship another go. But, it appears that Bryan is the only ex she is hoping to rekindle a romance with.